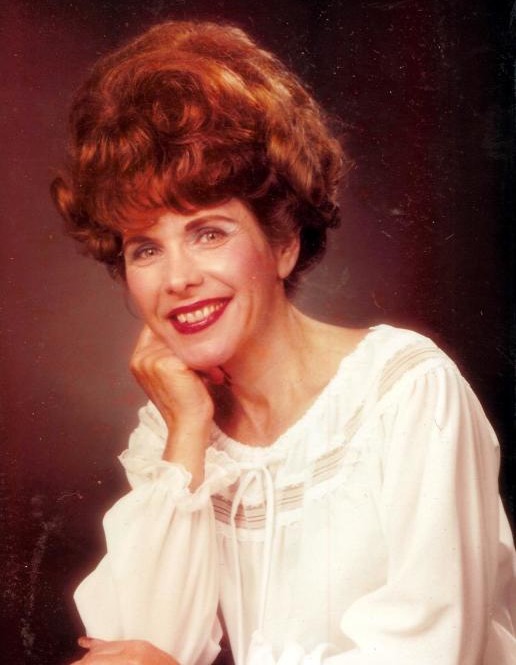 A lma Jeanette Steiner-George passed away of natural causes on March 17, 2020 in Overland Park, Kansas, at the age of 83. She passed peacefully, with family members present.

Jeanette was born on May 12, 1936 in the rural home of her parents, Joe and Esther (Stoller) Steiner. She attended the IXL School, which was only 3 blocks north of the family farm home on the Northwest corner of 184th and T Road. In 1943 she moved with her family south of Sabetha on “old Highway 75”, and subsequently attended Sabetha schools, graduating from Sabetha High School in 1953.

She received her Bachelor of Science Degree in Nursing from Stormont-Vail Hospital School of Nursing, and was subsequently employed as a Registered Nurse for 9 years. She returned to school at Duke University School of Registered Nurse Anesthetists, graduating in 1968 with a personal commendation by the head of the Division of Anesthesia for scoring in the 98 percentile of the class. She settled in Hollywood, Florida and administered anesthetics for 27 years.

After retiring she moved to Gainesville, Florida and later to Lakeland, Florida before moving to Overland Park, Kansas in 2019.

Jeanette was married to Floyd George of Valdosta, Georgia, but later dissolved the marriage. Marla Janel was born to that union, but later lost her life in a tragic accident.

Jeanette was preceded in death by her daughter, Marla; her parents; her brothers, Joe Jr., Dr. Lyle, Loren and Merlin; and by her sisters, Lois (Mrs. Eli Meyer) and Mary (Mrs. Gene Marti). Jeanette is survived by her sisters, Florence (Mrs. Harlan Meyer) and Eleanor (Mrs. Robert Weiss); and brothers, Norman and Jim. She spoke fondly and frequently of a dear friend, Fred Carr, and another dear friend, Mary Jane Shadel, both of whom also preceded her in death.

Jeanette was fiercely independent as long as she was able to care for herself.  She enjoyed listening to gospel music and loved TV westerns, her adopted home state of Florida, Dunkin Donuts, Lays Potato chips and a bright red lipstick.

Private family graveside services will be held Saturday, March 21, 2020 at the Sabetha Cemetery in Sabetha, Kansas. Memorial contributions may be made to the Salvation Army, sent in care of Popkess Mortuary, 823 Virginia Street, Sabetha, KS 66534.


We encourage those individuals that want to pay their respects to Jeanette and her family to do so. Please feel free to come in and sign the register book at the funeral home. We just ask that you use good judgement and precautions for everyone’s safety.

To order memorial trees or send flowers to the family in memory of Alma George, please visit our flower store.