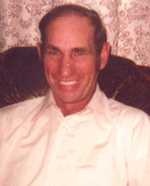 Allie was born April 1, 1926 at Axtell, the son of Leo Broxterman and Stella Alfers Broxterman. He was one of eleven children. Allie attended Axtell schools through his junior year when he quit school to help his father on the farm.

In 1951, Allie enlisted in the United States Navy and served until 1955 when he was honorably discharged. While in the Navy, Allie was an aviation structural mechanic 2nd class, attached to the Helicopter utility squad #1 in San Ysidro California. He also served on the aircraft carrier U.S.S. Kearsage off the coast of Korea and spent time on the Coast Guard icebreaker, U.S.S. North Wind, charting a new course through the Northwest Passage for submarines. After the Navy, Allie worked for a short time for Boeing in Wichita.

He married Mildred Heiman on May 5, 1956 in Seneca at the Sts. Peter & Paul Catholic Church. In the fall of 1956 they returned to the Axtell community to farm.

Allie was a member of the St. Michael’s Catholic Church in Axtell and the R.R. Hendricks American Legion Post #214 of Axtell.

He was preceded in death by his parents, an infant granddaughter, Nicole Reinecke, a sister, Lucille Aday, and three brothers, Frank, Jim and infant Kenneth.

Memorials are being left to the Axtell EMT’s and may be sent in care of the Landreth-Popkess Funeral Home.

Online condolences may be left for the family at www.popkessmortuaries.com.

To order memorial trees or send flowers to the family in memory of Aloysuis (Allie) Broxterman, please visit our flower store.