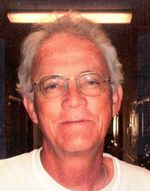 Arthur R. Smith, 65, of Sabetha passed away Sunday, February 28, 2010 at the Apostolic Christian Home. Art touched thousands of lives as a father, husband, coach, and teacher in his 65 years of life. He graduated from Sabetha High in 1962, received his bachelor's degree from the University of Kansas in 1966, and obtained a masters degree from St. Mary's College. Art married Teresa DeGroodt and started the first of his 38 years teaching physical education for the Kansas City, Kansas School District. Working in numerous elementary buildings, most notably, John F. Kennedy for over 30 years, his students always referred to his class as the "fun one". There was never a single student who passed through the gymnasium doors that failed to be incorporated, spoken to with a smile, and shown the care that all teachers should give their students. There was very rarely a time, out in public that someone didn't come over to say "hi" and thank "Mr. Smith" for being their favorite teacher. In addition to his long teaching career, Art ran for Congress, was a member of the West Branch YMCA board of Directors, and a well respected coach. He coached youth football and soccer in Wyandotte County and helped many kids, including his own, become great athletes and team members. Two hands would be needed to count the Chiefs, Royals, or collegiate athletes that were influenced by his coaching and teaching. His most significant coaching honor was being named the 1988 Kansas City, Kansas High School Soccer "Coach of the Year" for his work in transforming the Washington High School soccer team into a competitive and well respected program. Art truly loved helping others more than he did himself. He will be greatly missed by so many.


A memorial service will be held Saturday, March 6, 2010 at 11 a.m. at the Popkess Mortuary in Sabetha. The family will greet friends one hour prior to service. Memorial contributions may be made to the American Diabetes Association, sent in care of the funeral home.

To order memorial trees or send flowers to the family in memory of Arthur Smith, please visit our flower store.