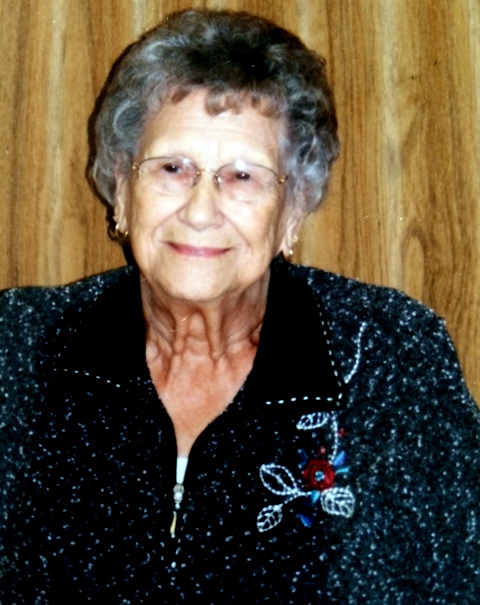 Barbara was born on August 15, 1926 to John and Kate (Vaught) Goebel. She attended Centralia High School. She was united in marriage to Elmer Keithley on October 5, 1941 in Marysville, Kansas.

Barbara and Elmer had a long, happy marriage of 63 years. She enjoyed their 6 children they raised together, and found joy in being with them all. She especially enjoyed rocking all her sweet grandbabies. She had many talents such as sewing, cooking, and baking but her greatest gift was her ability to make beautiful quilts. She also enjoyed reading, playing card games, and traveling with her beloved husband. Barbara was an active member of the United Methodist Church in Seneca, and a council woman for the City of Oneida.

Funeral service will be Tuesday, April 11, 2017 at 2:00 p.m. at the Popkess Memorial Chapel in Seneca, Kansas. Visitation will be Monday, April 10, 2017 from 7:00 to 8:00 p.m. at the funeral home. Interment will be made at the Seneca Cemetery. Memorial contributions may be made to the United Methodist Church, sent in care of Popkess Memorial Chapel, 814 Castle, Seneca, KS 66538.

To order memorial trees or send flowers to the family in memory of Barbara Keithley, please visit our flower store.