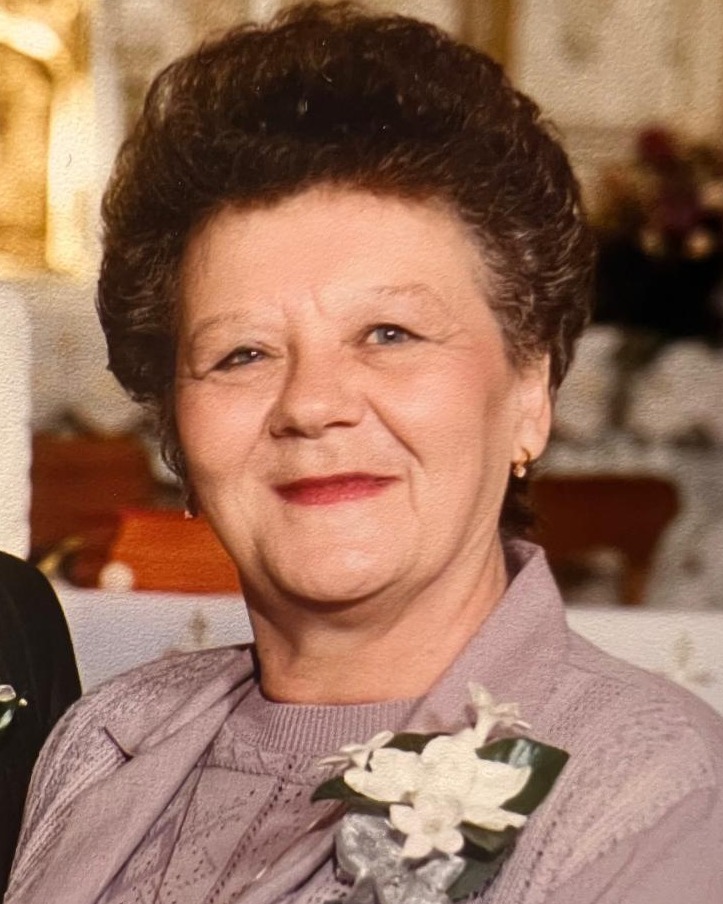 She was born on May 14, 1936, to Louis and Bernadine (Winkler) Stegeman in Coal Creek, Kansas.  She was the oldest of five children and grew up on various farms in the Centralia area.  As a young girl, she enjoyed riding horses and riding her bike.  She helped her mother can vegetables and fruits, tended to the garden, and took care of the cows.  She also competed in singing and yodeling competitions.  Bea was a proud graduate of Centralia High School in the class of 1954.

Bea married Kenneth “Kenny” Lechner on May 14, 1956, in Wheaton, Kansas.  She worked in dress factories until they moved to the farm outside of Kelly, Kansas.  They lived on the farm with their daughters, and they raised chickens and pigs, and milked cows.  Their six daughters kept Bea very busy.  Bea also worked as a secretary at the Kelly Grade School.  For several years, Bea and Kenny also managed the Montgomery Wards store in Seneca, Kansas.  During elections, Bea volunteered as a poll worker.  Bea started a daycare business at her home on the farm, and she was also a foster mother.  In 1987, Bea and Kenny moved to Seneca, and over the next 25 years, Bea became an amazing, caring, and loving mother figure to hundreds of children in Nemaha County who attended her daycare.  Being a day care provider was one of Bea’s greatest joys.

Bea’s favorite hobbies were playing cards and bingo, watching sports, and going to the casino.  She was a member of the Red Hat Ladies Club in Seneca where she was lovingly called Queen Bea.  Bea enjoyed the many friends she made while participating in these various activities.  She especially enjoyed traveling and spending time with her children, grandchildren, and great-grandchildren.

Later in life, Bea reconnected with a childhood neighbor and classmate, Arden Dreher.  They enjoyed spending time with each other and traveling together.

Bea’s favorite piece of advice was “Do what you like, help people, and have good friends.”

Bea was preceded in death by her parents; her husband, Kenny; her daughter, Kathy Lechner; and her two sisters, Darlene Turnbull, and Arlene Biggs.

Mass of Christian Burial will be held on Wednesday, September 7, 2022, at 10:30 a.m. at the St. Bede’s Catholic Church in Kelly, Kansas.  A visitation will be held Tuesday, September 6, 2022, from 6:00 p.m. to 8:00 p.m. with a rosary prayed at 7:00 p.m. at the Popkess Memorial Chapel in Seneca, Kansas.  Interment will be in the St. Bede’s Cemetery in Kelly.  Memorial contributions are suggested to a fund yet to be designated by the family and sent in care of Popkess Memorial Chapel, 814 Castle, Seneca, Kansas 66538.