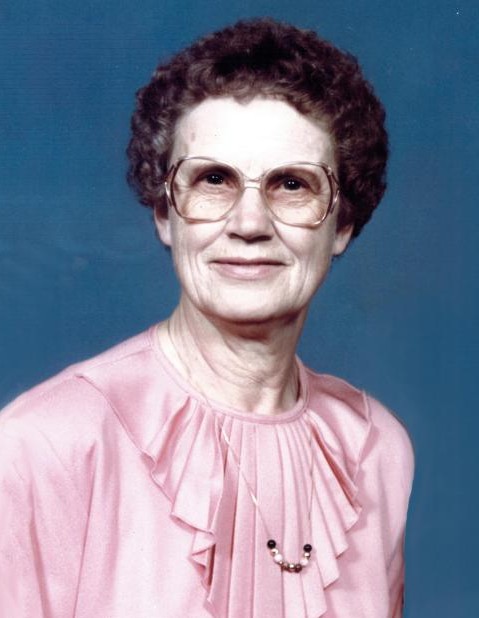 B etty Jean Hartter, 91, of Sabetha, Kansas passed away Saturday, September 10, 2016 at the Apostolic Christian Home.

She was born January 14, 1925 to James and Verna (Reiger) Eisenbise at their family home north of Fairview, KS.  She attended country school at the Spring Grove School and Fairview High School.

Betty married Eldon William Hartter of Sabetha on October 9, 1941.  They made their first home in Denver, CO.  Following Eldon’s later military service, the couple moved to the family farm near Berwick, KS where they operated a dairy farm until they moved to Sabetha in 1967.

Betty was a long time member of the NorthRidge Church in Sabetha where she taught Sunday school for many years and took joy in the many hours she spent caring for the church facilities. She was a devoted wife, mother and grandmother dedicating herself to homemaking and instilling a love of the Lord in her children and grandchildren.

Preceding her in death were her husband, parents, and a sister, Rosetta Bartram.

A celebration of Betty’s life will be held Saturday, September 24, 2016 at 11:00 a.m. at the NorthRidge Church in Sabetha.  The family will receive visitors at the church beginning at 9:30 a.m.  Memorial contributions may be made to the NorthRidge Church Building Fund and the Sabetha Community Hospital, sent in care of the funeral home, 823 Virginia, Sabetha, KS 66534.

To order memorial trees or send flowers to the family in memory of Betty Hartter, please visit our flower store.