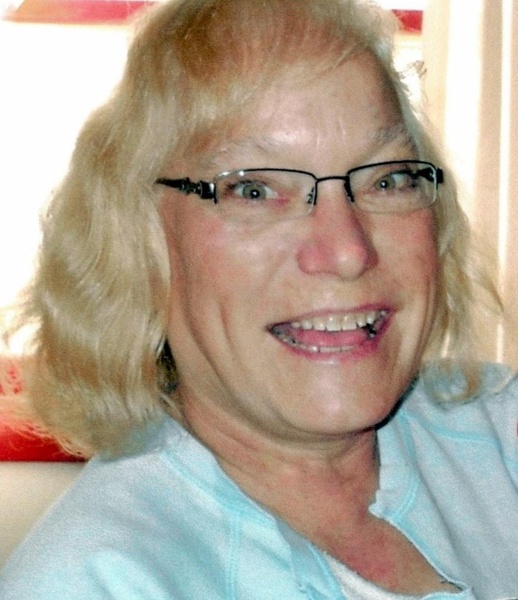 B renda Kay (Baker) Zabokrtsky, 58, of Seneca, KS passed peacefully from this earthly world to her heavenly home on Sunday, May 20, 2018 in her home with her family by her side.

Brenda was born in Marysville, KS on January 6, 1960 to Howard and Evelyn (Scheele) Baker. She attended Marysville School and later graduated from Hiawatha High School in 1979.

She married Duane Landon in 1980. They were the parents of two sons, Andrew and Anthony. They later divorced. She then married David Zabokrtsky on October 26, 1991. They lived in Beatrice and Adams, NE and later moved back to Marysville, KS.

Brenda had her own home cleaning business, and worked in several care homes. She was a hard worker and enjoyed people. She found great enjoyment in feeding and watching birds, growing flowers, her home, and did beautiful embroidery. Brenda and David took rides after cancer invaded her body. Her two sons, their wives, and her four grandsons were such a comfort to her. The four grandsons were a joy and delight, as they always had great news to tell her which made her laugh.

She was a member of Our Savior Lutheran Church in Odell, NE.

She was preceded in death by her father, Howard Baker; and a brother, Warren Baker.

She is survived by her husband, David Zabokrtsky of Seneca, KS; her sons, Andrew Landon (Nikki) Travis and Asher of Beatrice, NE; and Anthony Landon (Kristi) Joshua and Max of Odell, NE; her mother, Evelyn Baker of Marysville, KS; sisters, Christa (Ed) Lord of Marysville, KS, and Mary (Mick) Poell of St. Mary’s, KS; brothers, Tom of Larned, KS, Doug of Denver, CO, James (Joni) of Fort Collins, CO; and many nieces and nephews, and a special friend of the family, Mike Laubacher of Denver, CO.

To order memorial trees or send flowers to the family in memory of Brenda Zabokrtsky, please visit our flower store.