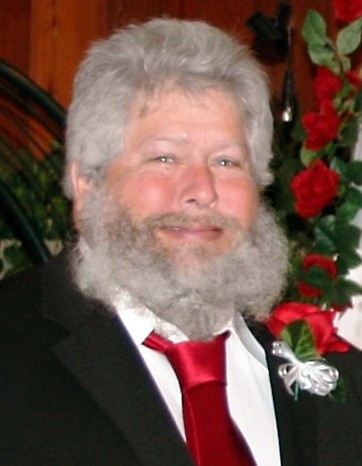 He was born in Sabetha, Kansas on October 27, 1959 to Aurel Montgomery and Jeanette (Mogler) Montgomery.  He attended the Excelsior country school before moving to the Sabetha school district when Excelsior closed.  Brent graduated from Sabetha High School.  He attended a technical school in Manhattan and specialized in mechanical repair for two years.  He joined his dad, Aurel and his brother, Terry with the family farm.  He had a mechanical imaginative mind and was highly innovative at fixing mechanical issues and/or modifying creative innovations on farm equipment.  Up through his high school graduation, Brent enjoyed annual camping trips with the entire family to various states around the country.  Additionally, there were many enjoyable camping trips to local areas.

The annual Albany Days celebration was a high priority for Brent.  He dedicated the week before, during, and after to Albany Days every year.  He worked very hard helping with the steam-powered sawmill and would enthusiastically explain the sawmills operation to any interested bystanders.

Brent enjoyed bowling and joking around with buddies at the Sabetha bowling alley.

Brent had a kind heart and enjoyed helping others when possible.  He also had a special affinity for all animals but especially cats.  He might have been considered the original “cat whisperer”.

Brent was preceded in death by his father, Aurel Montgomery in 2008.

Memorial service will be held Monday, May 13, 2019 at 11:00 a.m. at the First United Methodist Church in Sabetha.  A visitation will be held from 9:00 to 11:00 a.m. at the church prior to service time.  Memorial contributions may be made to the Albany Historical Society in Brent’s name, sent in care of Popkess Mortuary, 823 Virginia, Sabetha, Kansas  66534.

To order memorial trees or send flowers to the family in memory of Brent Montgomery, please visit our flower store.