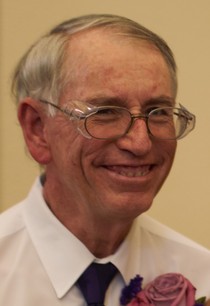 Bruce was born December 13, 1946 in Scott City, Kansas, the son of Raymond and Opal (Maxwell) Teeter.  He graduated high school in Sheridan Lake, Colorado in 1965.  Bruce attended and graduated in 1967 from Northwest Area Tech School in Goodland, Kansas. He spent one year at Kansas Wesleyan in Salina, Kansas and three years at Kansas State University in Manhattan, Kansas.

He was united in marriage to Judy Thomas on June 16, 1968 in Goodland, Kansas. Bruce and Judy moved to the family farm in 1971.  He farmed, did appliance repair, and operated a canvas shop until 1988.  The family moved to Fairview, Kansas where Bruce was employed with Derking Lumber and then went to work for Flair-Fold Corp. in Hiawatha, Kansas. Bruce joined MAC Equipment in 1999 and worked there up until his death.

Bruce enjoyed working, doing woodwork, helping others, and volunteered at NorthRidge Church. He especially enjoyed spending time and doing projects with his grandchildren and his kids. He was active in 4-H and was a woodworking leader in both Kansas and Colorado.

Funeral service is Wednesday, October 28, 2015 at 10:00 a.m. at the NorthRidge Church in Sabetha.  The family will greet friends Tuesday evening from 6:00 to 8:00 p.m. at the Popkess Mortuary in Sabetha.  Interment will be in the Morrill Cemetery.  Memorial contributions may be made to NorthRidge Helping Hands Fund, or Working Men of Christ Ministry, sent in care of the funeral home, 823 Virginia, Sabetha, KS 66534.

To order memorial trees or send flowers to the family in memory of Bruce Teeter, please visit our flower store.