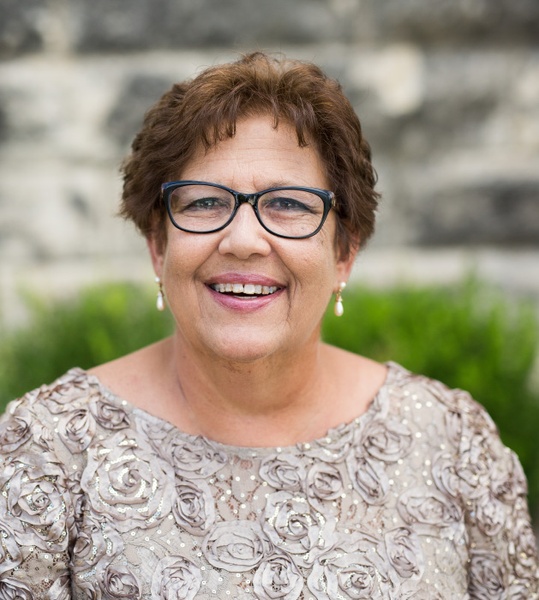 
C amilla “Jo” Alderfer, 63, of Centralia passed away Thursday, December 28, 2017 in her home surrounded by her children.

Jo was born September 10, 1954 to Forrest and Marilyn (Goux) Keener of Horton, Kansas.  She graduated from Horton High school in 1972 and Baker University in 1976, majoring in Home Economics Education with a minor in music.  She was a member of Phi Mu Fraternity. On June 12, 1982 she married James “Jim” Alderfer.  They were married at the First Baptist Church in Horton, Kansas.  Together they had three children.

Jo’s teaching career included Elkhart, Frankfort and Centralia where she taught from August 1979 until her retirement in May 2016.  Jo’s compassion and encouragement inspired and shaped the lives of countless students through the years.  She was known for her infamous pep rallies, school store, coffee bar and Valentine’s Day and Otis Spunkmeyer cookies.  Her middle name was innovation!  Jo was a leader within Kansas Family and Consumer Sciences as a long time member of the Kansas Association of Teachers of Family and Consumer Sciences (KATFACS) during which she served as State President from 1995-96.  She was part of the statewide coalition to develop a plan to transition from Home Economics to Family and Consumer Sciences in the late 1990’s.  She was the Vice President of Marketing for KATFACS for over 10 years serving at the national level, which developed and promoted the FACS education field across the Nation.  During that time, she was named KATFACS Teacher of the Year.  Her commitment to Family, Career and Community Leaders of America (FCCLA) brought leadership skills to many students over her tenure as chapter advisor.  She served as District D Advisor several times, offering her organization and creativity for planning and hosting multi school (19 schools) events.  Locally, her FCCLA chapter sponsored many projects, a reflection of her love of community and school and a testament to her belief in ensuring that the next generations developed into caring citizens.  Her hard work and efforts are still visible today in the community.

She is preceded in death by her parents; and her husband, James “Jim” Alderfer on April 18, 2016.

She lived an amazing life and has left behind such a legacy.  If you can be anything in this world, be kind.

Funeral service will be at 10:30 a.m. on Tuesday, January 2, 2018 at NorthRidge Church in Sabetha, KS. Visitation will be Monday, January 1, 2018 from 3:00 to 5:00 p.m. at Popkess Mortuary in Sabetha. The interment will be made in the Horton Cemetery. Memorial contributions may be made to the Camilla "Jo" Alderfer Scholarship Fund, sent in care of Popkess Mortuary, 823 Virginia, Sabetha, KS 66534.

To order memorial trees or send flowers to the family in memory of Camilla Alderfer, please visit our flower store.