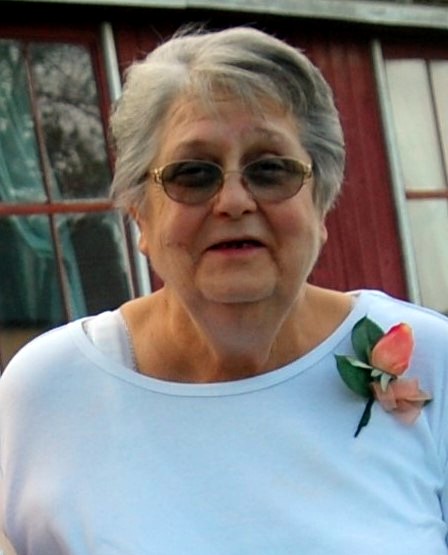 She was born December 6, 1937 in Marysville, Kansas to Francis C. and Emma (Genzler) Wynn. Carole was united in marriage to the love of her life, Thomas Leon Oom on August 10, 1957 in Marysville, Kansas.  The early years of their marriage was spent traveling with the Air Force from Florida to Guam and many homes in between. After Tom's retirement from the Air Force in 1974, the family made their permanent home in Sabetha Kansas. Carole ran 3 different paper routes from her little red VW for several years. She and her sister started a shop called Angels Row. Later in life, Carole was a cook at local restaurants until she retired.

Carole was preceded in death, but will be reunited in Heaven with her husband, Tom; her best friend and sister, Sharon Roggenkamp; her brother, Norman; her mother and father; and her baby sister, Jolita.

A Memorial Mass will be celebrated on Friday, September 23, 2016 at 3:00 p.m. at the Sacred Heart Catholic Church in Sabetha. Visitation will be Thursday, September 22, 2016 from 5:00 to 7:00 p.m. at the Popkess Mortuary Chapel in Sabetha. The inurnment will be made in the Albany Cemetery.  Memorial contributions may be made to a charity yet to be designated by the family, sent in care of Popkess Mortuary 823 Virginia Sabetha, Kansas  66534.

To order memorial trees or send flowers to the family in memory of Carole Oom, please visit our flower store.