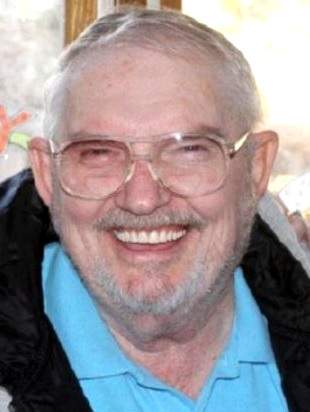 C harles L. (LeRoy) Miller, 77, of Kansas City, formerly of the Seneca and Sabetha area, lost his battle with COPD and heart disease on November 23, 2015.

He was born June 21, 1938 in Centralia, Kansas, the son of Bertram and Dolphia Miller. He was one of 10 children; six boys and four girls.

On February 20, 1956 he was united in marriage to Violet L. (Bell) Miller. They would have been married 60 years this coming February, and even though they had lived separately for over 20 years they were one in heart and mind with an unsurpassed love for each other.

He lived and worked in the Seneca and Sabetha area for many years before moving to Kansas City. In his lifetime he held several jobs as a mechanic, drafting engineer, assistant vice president, designing railroad cars, and an over the road truck driver. Charles enjoyed travelling, playing cards, and spending time with his family. Through the years he was plagued with many health problems, but managed to keep a bright outlook on life. He was a man that never met a stranger, and had a love and passion for life that he passed onto his family. Charles was a caring man that will be missed by his family and many friends.

A memorial service will be held December 5, 2015 at 1:30 p.m. at the Calvary Baptist Church in Sabetha, KS. The family invites friends to a luncheon one hour prior to the service.

To order memorial trees or send flowers to the family in memory of Charles Miller, please visit our flower store.