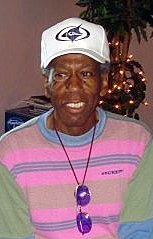 Clarence was born September 13, 1939 in Phoenix, Arizona to Ambrose and Leva (Ellington) Hayes.  He was the youngest of nine children.  He grew up in Sabetha, Kansas where he attended and graduated from Sabetha High School.  Clarence enlisted in the United States Marine Corps and served during the Vietnam War.  Sergeant Hayes distinguished himself as an exemplary Marine earning the Bronze Star with combat V.  Clarence worked for the Union Pacific Railroad and the Youth Center in Atchison where he served as a Youth Service Counselor.  He led a quiet and private life, but touched many lives. Clarence will be dearly missed by all that knew and loved him.

Funeral service will be Saturday, December 9, 2017 at 11:00 a.m. at the Popkess Mortuary Chapel in Sabetha, KS. Interment will be made at the Leavenworth Military Cemetery. Memorial contributions may be made to Crestview Manor Nursing Home, sent in care of Popkess Mortuary, 823 Virginia, Sabetha, KS 66534.

To order memorial trees or send flowers to the family in memory of Clarence Hayes, please visit our flower store.