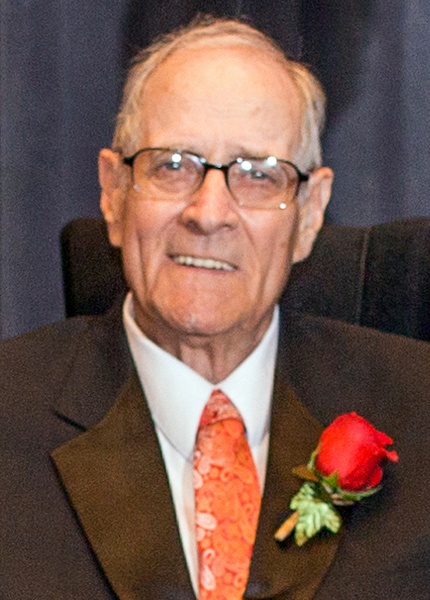 Dallas was born November 26, 1933 in Flint, Michigan.  He led an amazing life!  His children referred to him as their “Big Fish” in reference to the movie with the same title.  After dropping out of high school, he traveled with the circus around the state of Michigan doing odd jobs.  Afterwards, his parents agreed to sign for him to join the United States Air Force at the age of 17. During his military career, which started during the Korean War, he was stationed in Japan, Puerto Rico, Wisconsin, Topeka, KS and Lincoln, NE.  During his leave time, he painted cars and helped with car assembly at the Buick factory in Michigan where his father was the foreman.  After being discharged from the service, he had many jobs: a game warden in Wahoo, NE, and a night manager of the Cornhusker Hotel, working at the Liquor Commission, and repairing telephone wires for LT&T in Lincoln, NE.  It was during this last job that he had his epiphany that he didn't want to climb telephone poles for the rest of his life.  So while he was in his 30's, he earned his G.E.D. and enrolled at the University of Nebraska-Lincoln.  While still working full time, he was able to finish his Bachelors and Masters degrees in just five years.  In order to accomplish this, he often stayed in his pickup camper on campus and sometimes had to bring his infant son, Dana, to class with him when babysitters weren’t available.   Education was an important issue to Dallas because of how easily he slipped through the educational cracks as a child and he became an advocate for children and their educational needs.  During his time in education he worked for the Department of Education, and, with the USDA, helped start the first breakfast program in Nebraska.  With his degrees, he was principal and superintendent of various schools in Nebraska and Kansas.  He spent 4 years as a principal at Bern Attendance Center in Bern, KS and was later elected to the school board.  He retired as a superintendent in western Nebraska.  He returned to Bern to spend his retirement and was an instructor at Highland Community College to fill his free time. It was then he endured his first battle with cancer but, in true Dallas Lee fashion, beat the odds and became victorious.

Dallas had two passions in his life: education and music.  He was an accomplished musician who played for and befriended the likes of Johnny Cash, Denny Zagar, Paul Stookey, Mary Travers and Boxcar Willie.   Both solo, and with his band, Dallas Lee and the Sundowners, he performed at many events in Lincoln and the surrounding area.  He recorded a single with Roto Records entitled “Nebraska Is the State That I Come From” that was nearly named the Nebraska state song.   During his time in Lincoln, Dallas also wrote and starred in a children’s television program, “The Skipper Show”.  Later in life, Dallas was one of 250 veterans from across the country chosen to perform with the national choir at the VA Creative Arts Festival.  He had this honor for seven years and it took him across the country, from Boston to California.  Over the years, he taught many students to appreciate and play the guitar.  When his wrists would no longer allow him to play his guitar, he built a dobro and continued with his music.  More recently, he learned to play the early Native American Indian flute and was well known for his performances at many events in the area.

Dallas is best known in Bern as that guy zipping around in the motorized wheelchair with the big stories and big laugh.  His ability to strike up a conversation with anyone and his vibrant, outgoing personality are what people will remember the most about him.  Dallas, always the educator, donated his remains to a medical university in hopes to further research (and maybe identify the ornery gene).

He was preceded in death by his parents; his sister, Helen; his brother, Chuck; his daughter, Robin; and son, Danny.

He is survived by his wife Katie of the home; sisters, Peggy and Mollie; a brother, Kerry; daughters, Sheri, Cami and Emily; sons, Dana and Dustin; and grandchildren Shelby, Carly, Hannah, Kylee, Desmond, Matilda, Asher, Judah and Ezra.

A Celebration of Life will be held Saturday, April 21, 2018 from 2:00 to 4:00 p.m. at the First Lutheran Church in Sabetha, KS. Please bring your stories to share with family and friends as we remember Dallas. Snacks will be available in the community room at the church. Memorial contributions may be made to the Bern Community Library or the Bern School Activity Complex or the First Lutheran Church, sent in care of Popkess Mortuary, 823 Virginia, Sabetha, KS 66534.

To order memorial trees or send flowers to the family in memory of Dallas Lee, please visit our flower store.