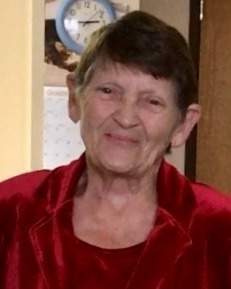 Dixie Lea Carlson, 84, of Sabetha, Kansas passed away on Friday, August 26, 2022, at Stormont Vail Health hospital in Topeka, Kansas. Prior to her death, Dixie lived at the Apostolic Christian Home in Sabetha, Kansas.

Some of Dixie’s fondest memories were the summers that she and her brother, Jack, spent on their grandparent’s farm near Woodlawn, Kansas.  Dixie was a tomboy and did her best to keep up with her older brother.  In school, Dixie loved playing the drums in the Sabetha band.

Dixie was witty, funny, and caring.  Dixie was known as a hard worker and held various jobs including house cleaning, waitressing, and she was a nurse’s aide.  One of the toughest jobs she had was raising and caring for her six children, on a farm while her ex-husband, John, was truck driving.  To provide for the family, Dixie grew vegetables in her enormous garden and canned so there was plenty of food in the winter.  She also raised chickens and ducks.

She was preceded in death by her parents, Floyd and Vera Niccum; her siblings, Alice, Maxine, and Jack; her sons, James, Robert, and Roger; and three of her grandchildren, Brandon, Elizabeth, and Adam.

Survivors include her three children, Mike (Cindy) Carlson of Fairview, Kansas, Shawn Carlson and Connie Carlson both of Topeka, Kansas; her nieces, nephews, cousins; and her many grandchildren and great-grandchildren.

Services will be held at a later date.  Popkess Mortuary in Sabetha, Kansas is in charge of the arrangements.  Online condolences can be sent to the family at www.popkessmortuaries.com

To order memorial trees or send flowers to the family in memory of Dixie Lea Carlson, please visit our flower store.