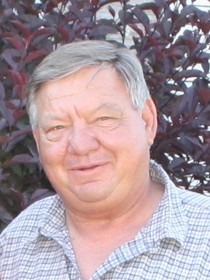 D onald “Kip” Dandliker passed away at his home on May 21st, 2015, having reached the age of 63 years, young at heart. He was preceded in death by his parents and a brother, Steven.

Kip was born on October 22, 1951, in Fairbury, NE.  His parents were Don and June Dandliker of Dawson, NE. Kip grew up in Nebraska and Colorado. He graduated from Manitou Springs High School (CO) in 1970. After graduation, he attended college at Pueblo, CO, where he played football for the Mighty Mustangs.

Following college, he served in the Army National Guard. After military service, he then moved to the Humboldt community in 1977, to pursue his dream of farming. He has continued to reside on the family farm, southeast of Humboldt. His many hobbies included rodeo competitions, dirt biking, four-wheeling, hunting and fishing, NASCAR racing, and his ideal dream of panning for gold. His most perfected hobby was the art of 'jocularity', to be teased by Kip, was to be loved by Kip.

Kip is survived by his children, daughter, Carri (Dandliker) Kistner and her husband, Bryan of Richland, MI; son, Kevin Dandliker of Dawson, NE; four granddaughters, Carrington, Mackenzie and Jessica Kistner and Brie Dandliker-Johnson; significant other, Donna Koehn; and many other beloved relatives and friends.

Graveside service will be held Tuesday, May 26, 2015 at 1:00 p.m. at the St. Mary’s Catholic Church Cemetery in Dawson, Nebraska. Friends and family gathered at the AG Building for a celebration of Kip's life. Memorial contributions can be left to St. Mary's Catholic Church, or Boy Scout Troop 387, sent in care of Popkess Mortuary, 823 Virginia, Sabetha, KS 66534.

To order memorial trees or send flowers to the family in memory of Donald Dandliker, please visit our flower store.