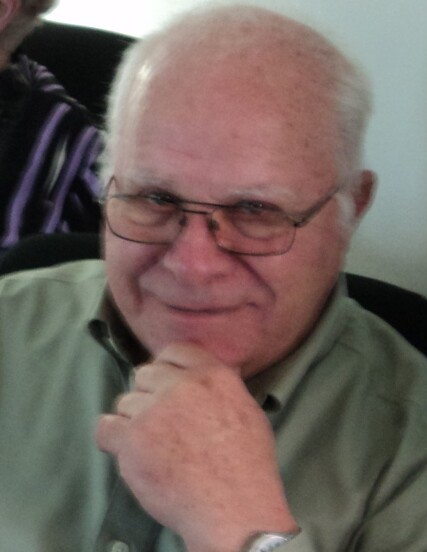 Donald was born in Carthage, Missouri on January 31, 1930, to Charles Jackson Laney and Lottie Jane (Fry) Laney.  He graduated from Carthage High School in May, 1948. Donald married Jeraldine D. Boyd on June 4, 1950 and they were married for 71 years.  Their marriage was blessed with four children and one adopted child.

For ten years, Donald and Jeraldine traveled all over the United States while Donald installed the new telephone dial system.  In 1960, they moved to Falls City.  Donald worked as the General Manager for the local telephone company for 37 ½ years.  After retirement, at the age of 72, he became a prison guard.

Donald loved boating and water skiing which he skillfully performed on one ski.  He passed his love of the lake onto his children.  Donald dedicated his time and talents to helping his children, being a father figure to his grandchildren, and supporting his great-grandchildren.  Also, he provided financial support, spiritual support, and was a father figure and mentor to numerous individuals.

Donald was dedicated to the Falls City community and was a candidate for Mayor as well as the Falls City school board.  He could operate, engineer, build, or repair anything.  With the help of his children, he built his tri-level home in five years.  Also, his family was blessed to have his help with their own homes repairs and car repairs.  He was truly a jack of all trades.  He was a dedicated member of The Gideons International and a member as well as a deacon of the First Baptist Church of Falls City.  In addition, he helped to build the new First Baptist Church.

Donald was preceded in death by his parents; and his siblings, James Laney, Elwood Laney, Nancy Reason, Delores Whitehead, and Gene Laney.

Funeral Services will be held on Saturday, March 26. 2022, at 10:30 a.m. at the NorthRidge Church in Sabetha, Kansas.  A visitation will be held on Friday, March 25, 2022 from 6:00 p.m. to 8:00 p.m. at the NorthRidge Church in Sabetha.  Interment will be in the Sabetha Cemetery.  Memorial contributions may be made to The Gideons International or Bibles for Gideons sent in care of Popkess Mortuary, 823 Virginia Street, Sabetha, Kansas 66534.