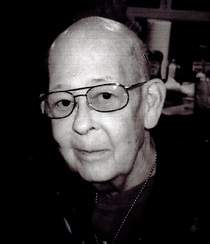 He was born on November 22, 1939 in Sabetha, Kansas to Noel and Lillian (Gilbert) Young. His family moved to Bern when he was 11 years old.

Don and Barbara A. (Mosteller) were united in marriage on December 28, 1957 in Bern, Kansas. They worked at the pet food plant in Bern together until health problems made it too hard for Don to continue.

Don accepted Jesus at a young age. He lay pastored for many years. He also held once a month evening services at the Sabetha High-Rise for many years.

Don was a Veteran spending time in both National Guard and US Army Reserves.

Don started attending Twin Oaks in Sabetha and then later became pastor at the church, where he served God until he left this earth.

He was never one to talk about himself. Don was always interested in other people and hearing about their lives. He also had a puppet ministry and enjoyed using them in many different ways to share the story of God’s love for us.

Don is preceded in death by his parents. He is survived by his wife, Barbara, to whom he was married to for 56 ½ years. He is also survived by their 3 children: Pam (Dan) Durre, Cindy (Mike) Carlson, and Don Jr (Marsha) Young; brother, Robert Young and 11 grandchildren and 21 great-grandchildren.

Funeral service will be held at the Twin Oaks Church in Sabetha, Kansas on Friday, July 10, 2015 and 10:30 a.m. Interment will be at the Albany Cemetery. Memorial contributions may be left to American Heart Association or Twin Oaks elevator project, sent in care of the funeral home, 823 Virginia, Sabetha, KS 66534.

To order memorial trees or send flowers to the family in memory of Donald Young, Sr., please visit our flower store.