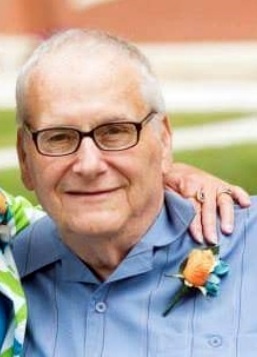 E dward L. Price, 73, of Seneca, Kansas passed away Sunday, February 17, 2019.
Ed was born March 21, 1945 in Albany, California the son of Mary Francis (Curry) Price.  He grew up in Galena, Kansas and graduated from Galena Schools and entered the United States Air Force on his 17th birthday.  Ed went to basic training in Lackland Air Force Base in San Antonio, Texas.  After basic training Ed was stationed in Minot, North Dakota where he met his wife, Marleen Arndt.  Ed and Marleen were united in marriage on August 5, 1965.  To this marriage three children were born.

Ed was honorably discharged from the Air Force in 1966 and moved to Scranton, Kansas. Ed was a route salesman for many years for various companies.  He operated Four Corners Auction House in Scranton for several years.  Ed and Marleen moved to Seneca to be closer to their family.  He enjoyed watching his grandchildren’s activities, fishing, going to the casino, and his most recent passion was purchasing storage units with his son-in-law.

Ed was preceded in death by his mother, Mary Francis; a sister, Margaret Ball; and an infant brother.

He is survived by his wife, Marleen of the home; two sons, Todd Price of Sayre, Oklahoma and Terry (Sue) Price of Overbrook, Kansas; a daughter, Tanya (Travis) Emmons of Seneca, Kansas; seven grandchildren and eight great-grandchildren.

Funeral service will be held Wednesday, February 20, 2019 at 10:30 a.m. at the Popkess Memorial Chapel in Seneca.  The family will greet friends from 5:00 – 7:00 p.m. on Tuesday evening at the funeral home.  Memorial contributions may be made to the Nemaha County Home Health and Hospice, sent in care of the funeral home, 814 Castle St., Seneca, KS 66538.

To order memorial trees or send flowers to the family in memory of Edward Price, please visit our flower store.