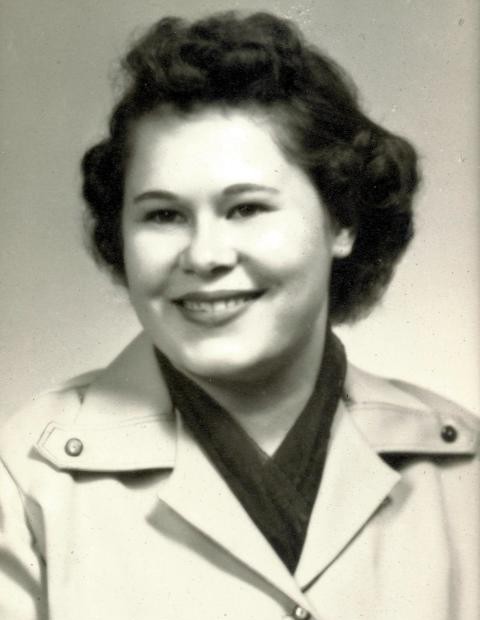 E lda Irene Tegtmeier, 79, of Seneca, KS died on a beautiful, warm autumn day, Thursday, September 29, 2016 at Nemaha Valley Hospital. She was born on a cold, winter day, Tuesday, February 9, 1937, in Pawnee City, NE to the late Albert J. and Mabel A. (Macha) Tegtmeier. She was predeceased by her sister Carol J. Krikava, brother-in-law Ernest C. Krikava, and brother-in-law Willard C. Wenzl. She was brought up in a loving, Christian home, living her early years on the family farm near Steinauer, NE and then mostly on the family farm near DuBois, NE.

She was a graduate of Pawnee City High School, Peru State Teacher’s College, and Lincoln School of Commerce. She taught in a rural school near the family farm and worked many years as an accountant with Sears in Lincoln and Omaha, as well as DesMoines, IA. Elda was a skilled accountant, loving to work with numbers.  In the early 1990s, she returned to Omaha, where she lived and worked until her retirement to an apartment in Seneca in 2013. She was a faithful believer in God, joining the Catholic Church in 1997 at St. Stephen the Martyr Catholic Church in Omaha. She also had a particular love of animals, almost always having a cat at her side. Her cat Jessie just died recently. She enjoyed watching horse races on television, dog shows, shopping (especially for watches and jewelry), eating, and visiting with friends and relatives.

As a young lady at the family farm, she enjoyed academics and contributed to the family as the cook/baker. However, in general, she had not liked cooking or baking ever since. Yet, she enjoyed family gatherings, eating at home or eating meals cooked by others. Some of her favorites were Doris’ Kitchen, Marjorie’s Catering, Old Country Buffet and Taco Bell! She enjoyed listening to Christian speakers on television, as well as the shopping and home channels. She is also noted for her admiration of new cars. Her last car was a grey, 2015 Honda Civic, which she drove for the last time this past summer before moving to the Life Care Center in Seneca.

Elda will always be remembered for her love of Jesus and family. Of course, she will also be remembered for her unique personality, a mixture of humor, spontaneity, and quick-temperedness that make for some interesting memories that will likely be passed down to further generations! The furthest she ever traveled was on her flight to Orlando, FL in 1985 with her nephew, Terry, to see her Uncle Earl & Aunt Ruth Albers, both now deceased. This was her first and last flight, saying she enjoyed visiting her relatives and flying but preferred to stay at home with her cat after riding Big Thunder Mountain Railroad at Disney World, screaming over and over, “I’m going to die!” Yet, she had a genuine interest in the well-being of all and often meditated on the mysteries of life. At heart, she loved life and embraced her sufferings, especially in these last days, with courage and final acceptance.

Elda is survived by one sister, Doris E. Wenzl; a niece, Alison M. Haug, fiancée to Rand Schafer; three nephews, Kevin C. Krikava, Grant C. Wenzl, and Terry A. Wenzl. She also shared a deep love for her great-nieces, Kelsey M. Walters and Kali D. Haug, and her great-nephew Alex J. Haug. One of her final joys was attending Kelsey & Spencer’s wedding at St. Mary’s Catholic Church in St. Benedict, KS on Saturday, May 30, 2015. She also held her special friends Al Haug, Liz Borong, and Phil Manning close to her heart. Many endeared relatives and friends have predeceased her and many others are sure to remain in her prayers from beyond.

Private family services will be held at a later date. Inurnment will be made in the Friedens Cemetery. In lieu of flowers, Mass Memorial contributions may be made to St. Anthony of Padua Catholic Church; 310 Hickory Street; Steinauer, NE 68441.

To order memorial trees or send flowers to the family in memory of Elda Tegtmeier, please visit our flower store.