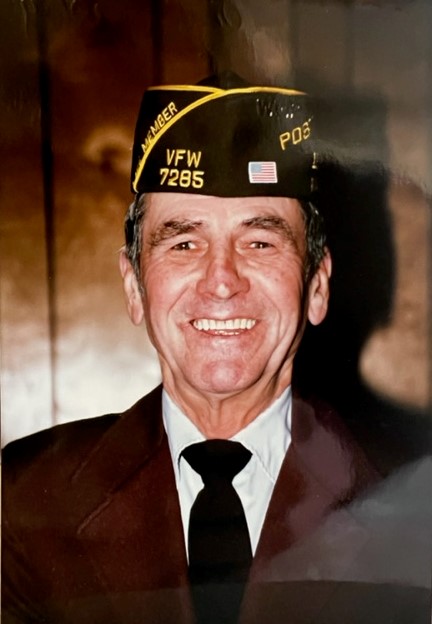 E ldon William Rokey, 97, died on Sunday, November 7, 2021 at his home in Sabetha, Kansas surrounded by his family.  He was born on January 25, 1924 to Peter and Emma (Strahm) Rokey on the family farm, one mile north of the Sabetha Lake.  He graduated from Sabetha High School in 1943.  Eldon was drafted into the U.S. Army where he served as a military policeman during World War II.  He served in France and Berlin in 1945 and was later called to serve in the Korean War.

Eldon was united in marriage to Evelyn Ruth Halbert on April 14, 1949.  Five children were born to this union.

Eldon was a beloved member of the Sabetha community.  He was a U.S. Postal Service mail carrier for 28 years in Sabetha and developed many friendships throughout the community.  Also, he was a founding and active member of the Sabetha V.F.W. Post #7285.  He loved music and dancing with his favorites being jazz and big band.  A fun and creative man, he enjoyed wood working and other various projects which he would gift to family and friends.  Also, he enjoyed fishing and hunting.

To order memorial trees or send flowers to the family in memory of Eldon Rokey, please visit our flower store.