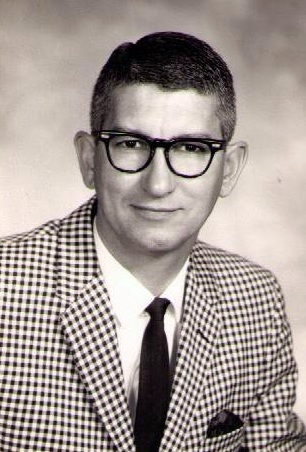 Elgin lived his youth in Sabetha, Kansas graduating high school to then attend, and graduate from The University of Kansas in 1951 with a B.S. in Geological Sciences. Elgin served during the Korean Conflict in the Air Force from 1951 to 1953. While at KU he met Elizabeth K. Wood, of Cherryvale, Kansas. They married June 9, 1951 and were married until Libby's death on November 13, 1964. To this union were born three children, all surviving: Rebecca W. Fitzgerald, 66, of Fort Collins Colorado, Drex B. Flott, 64, of Topeka, Kansas, and Nancy E. Callahan, 58, of Crandon, Wisconsin.

After his military service Elgin worked as a Geologist for Ohio Oil in Salt Lake City, Utah, and worked as a Water Geologist in Santa Ana, California. Elgin then joined his father Lee and Uncle Charles buying into Flott Insurance in Sabetha, Kansas. With children raised Elgin and Dorothy sold the family business in 1980 and moved to Cortez, Colorado. He worked for Pri-Mac Insurance until his retirement. The KU Geologist and Dorothy enjoyed hiking and camping together, and traveled to the Canyon Lands of Utah, and the mountains of Colorado often sharing their passion for adventure with family and friends. Elgin and Dorothy later moved back to Sabetha, Kansas living out the rest of their lives.

Dorothy preceded Elgin in death on August 27, 2016. Elgin is also survived by his sister, Martse Locher, 79, of Austin, Texas; 7 grandchildren and 10 great-grandchildren.

Memorial service will be held Friday, September 28, 2018 at 11:00 a.m. at Popkess Mortuary in Sabetha, Kansas with a luncheon at The Buzz Café following the service.

To order memorial trees or send flowers to the family in memory of Elgin Flott, please visit our flower store.