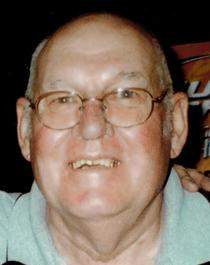 Ernest was born March 19, 1936 at Vermillion, KS the son of Roy and Emilie (Chadwick) Wenzl.  He grew up on the family farm south of Vermillion.  He attended the Seventy Five Country School for his elementary education and then Vermillion High School graduating in 1954.

After graduation he helped his father farm.  In 1956 he worked in Manhattan, KS for Sagars Plymouth and DeSoto and also Goodyear tires.  In 1957 he bought his own farm, the career he loved best.

On December 8, 1958 Ernie was drafted into the U.S. Army and took basic training at Ft. Leonardwood, MO.  He was then sent to Ft. Dix, New Jersey and deployed to Baumholder, Germany where he spent the next one and a half years, returning home on November 22, 1960.  The next two years were spent in active reserves and also two years in in-active reserves, being honorably discharged on December 3, 1964.

Ernie farmed, raised cattle and hogs, and was a mechanic for Dan’s Repair.  After retiring from farming in 1998 he was a school bus driver for five years for USD 380. He was active in the Lions Club for over 25 years, receiving his 25 year pin, the American Legion Post 257, and was a member of the Vermillion Christian Church.

Funeral service is Wednesday, May 21, 2014 at 10:30 a.m. at the Vermillion Community Church in Vermillion, KS.  The family will greet friends Tuesday evening from 6:00 – 8:00 p.m. at the Hayes-Popkess Funeral Home in Centralia, KS.  Memorial contributions can be made to the Vermillion Christian Church, sent in care of the funeral home, 814 Castle, Seneca, KS 66538.

To order memorial trees or send flowers to the family in memory of Ernest Wenzl, please visit our flower store.