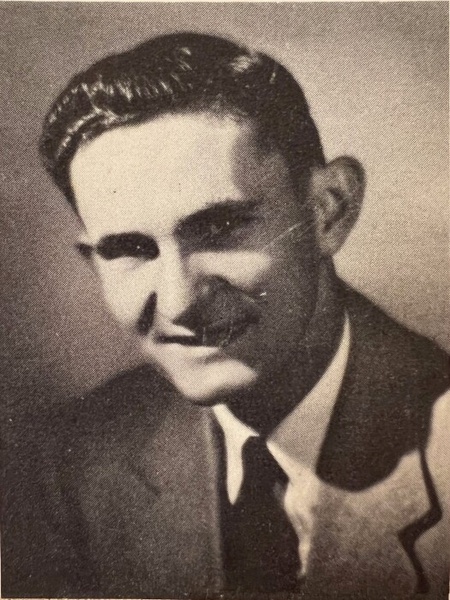 Gene was born on May 2, 1937 in Sabetha, Kansas the only child born to Carl and Louise Hartman.  They lived on a farm west of Bern, Kansas then moved to Sabetha when Gene was in the 2nd grade.  Gene graduated from Sabetha High School in the class of 1955.

After graduation, he attended Clarks Business School in Topeka, Kansas.  Then, he returned to Sabetha and worked at Wenger Manufacturing until he was drafted into the United States Air Force in 1959.  He attended boot camp at Lackland Air Force base in San Antonio, Texas.  Then, he was stationed at Fort McClellan Air Force Base in Sacramento, California.  He served 15 months in Pakistan where he was a food inspector.

After being honorably discharged from the Air Force, he returned to Sabetha and worked as a parts man for McFall Motors.  Then, he became a parts man for International Harvester.  He was united in marriage to Doris June Shroyer on December 28, 1963 and to this union one son was born, Louis Hartman.  He was also a father to Kathy, Renee, Billy, and Mike.

He was preceded in death by his parents and his wife, Doris.

He is survived by his children, Kathy Davis of Sabetha, Renee (Gary) Koch of Fairview, Kansas, Billy Shroyer of Sabetha, Mike (Brenda) Shroyer of Morrill, Kansas, and Louis Hartman of Whiting, Kansas; 11 grandchildren; and a sister-in-law, Joyce Alspach of Sabetha, Kansas.

To order memorial trees or send flowers to the family in memory of Eugene Hartman, please visit our flower store.