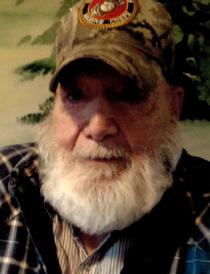 Everette was born April 19, 1921 in Axtell, Kansas, the son of Paul and Minnie (Schmidt) Holenbeck.  He was united in marriage to Rachel Dalsing on March 28, 1942 He owned a gas station in Washington, Kansas in the early 40’s and was a mechanic.  He came to Kansas City in the late forties and began a career in carpentry.  He helped build a lot of homes and the Western Hills Motel in the Kansas City area.  Later he was co-owners with his son-in-law in an auto parts store.  After retiring from there, he traveled with his wife and spent many winters in New Mexico.  He also began a new career as an avid Shop-N-Swapper.  He enjoyed the hunt at garage sales to buy low and sell high.

Everette loved his country and enrolled in CCC camp, later joining the Marine Corps and serving in WWII from 1942-1945.  He fought in three major battles in the Pacific, Tarawa, Saipan, and Guadalcanal, earning a bronze star.  Everette loved his family, friends, and country.

Funeral service is Saturday, March 1, 2014 at 10:30 a.m. at the United Methodist Church in Axtell. The family will greet friends one hour prior to the service.  Interment will be in the Rose Hill Cemetery in Axtell.

To order memorial trees or send flowers to the family in memory of Everett Holenbeck, please visit our flower store.