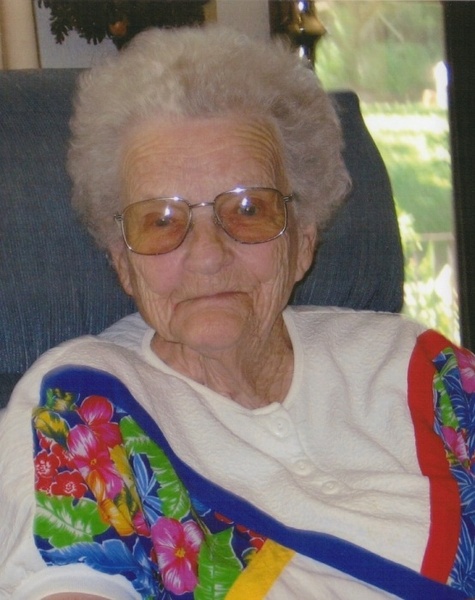 F rances V. (Tomlinson) Johnstone, 105, passed away Saturday, November 21, 2020 at the Eastridge Nursing Facility in Centralia, Kansas.  She was a wife, a mother, a teacher and a business woman.

Frances was born August 7, 1915, to Clyde and Emma (Neighbor) Tomlinson in Corning, Kansas. She was the second child of the family which would eventually number seven children.  She attended Corning elementary and high school, graduating as Valedictorian in 1933.  She attended Emporia State Teacher’s College and received her teacher’s certificate in 1935.  Frances began teaching in rural schools where she taught all grade levels. Later she taught in Corning, Bancroft, and Centralia schools.  She was a substitute Principal in Corning for 2 years.

On May 4, 1939, Frances married Harry H. (Jack) Johnstone of Bancroft.  Frances attended Business school in Kansas City while her husband served in the Navy.  Upon his return, they built and operated Johnstone Auto and Electric in Centralia. They sold and serviced General Electric appliances and Oldsmobile cars.  Their home was an apartment above their business where they lived for 40 years.  In 1959-60, Frances and Jack built and operated a second business, Centralia Lanes, a bowling alley, on the same corner of 4th and Commercial.

Frances continued to teach in Centralia until their daughter, Jacque, was born in 1951.  A son, Phil, was born in 1954.  Frances returned as a substitute teacher after her children were grown.  She was also editor of the Nemaha County Journal Leader for several years.

After the death of her husband, Jack, in 1985, Frances moved to the Leisure Lodges, where she lived a very active and happy life until 2019. The remainder of her time, she lived at Eastridge.

Frances is survived by her daughter, Jacque (Dave) Lierz of Fulshear, Texas, and their three daughters, Phil’s two daughters, eight great grandchildren, and her nieces and nephews.  She was preceded in death by her husband, Jack, her son, Phil, three brothers and three sisters, and many dear friends.  Frances will always be remembered for her love of education and music, her generosity, her quick wit, amazing memory and zest for life.

To order memorial trees or send flowers to the family in memory of Frances Johnstone, please visit our flower store.