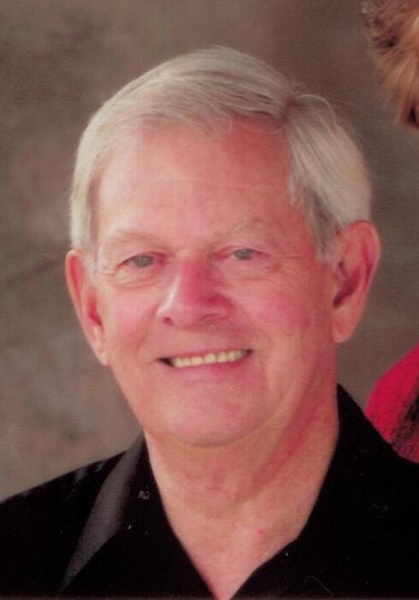 Francis was born on April 26, 1937 the son of George W. Tebbutt and Elinore (Lindsey) Tebbutt in Frankfort, Kansas.  He attended Frankfort schools and graduated from Marysville High School with the Class of 1956.  Francis was united in marriage to June Clark on July 7, 1957 in Marysville, Kansas.  To this union four children were born.

Francis was a past president of the Seneca Chamber of Commerce, and a founding member of the Nemaha County Ducks Unlimited. He enjoyed spending time with his grandchildren, shooting trap, hunting, and fishing.

Francis was preceded in death by his parents; and his brother, Harold Tebbutt.

Funeral Service will be held at 11:00 a.m. on Friday, November 20, 2020 at the NorthRidge Church in Seneca, Kansas. The family will safely greet friends from 9:00 a.m. until service time on Friday at the church.  Private inurnment will be made in the Seneca Cemetery at a later date.  In lieu of flowers, memorial contributions may be made to NorthRidge Church, Seneca Fire Department, or Coins for a Cause, sent in care of Popkess Memorial Chapel, 814 Castle St., Seneca, KS 66538.

*The Nemaha County Health Department has mandated masks for all public gatherings. Popkess Mortuary will be following all health department regulations and masks will be required to enter funeral ceremonies.*

To order memorial trees or send flowers to the family in memory of Francis Tebbutt, please visit our flower store.