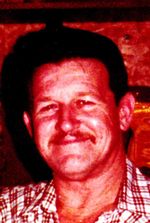 Frank was a long time truck driver and auto body mechanic. He enjoyed spending time with family and friends and outdoor cooking. He enjoyed playing the guitar and listening to country and blue grass music.

Frank "Butch" was born December 13, 1942 in Seneca, KS the son of Frank K. Crane Sr. and Doris Yvonne Deane. He attended school in Riverside, CA. After high school he served in the Army National Guard in California and Kansas from 1961 - 1964 and the Army reserve until 1968. He was a member of the American Legion Post #346 at Liberty, Nebraska.

Butch married Virginia Kentopp in 1968. They were later divorced. They had one son, Kenneth F. Crane of El Cajon, CA, he survives.

He was preceded in death by his parents, an infant brother, Dennis Lynn and a sister Linda White.

Funeral services will be Saturday October 31, 2009 at 10:00 AM at the United Methodist Church in Axtell. Pastor Camille Sutton will conduct the services. Burial will be in the Rose Hill Cemetery with full military honors conducted by the Liberty American Legion Post #346. The American Legion will serve as casket bearers and honorary casket bearers will be his nephews, Dean Cape, Brian Dreascher, Brent Broxterman, Barry Broxterman, Brad Broxterman and Aaron Schmelzle.

Memorials are being left to the American Diabetes Association or the Hand in Hand Hospice of Emporia, KS. All memorials may be sent in care of the Landreth-Popkess Funeral Home in Axtell KS. Mr. Crane will lie in state all day Friday at the funeral home.

To order memorial trees or send flowers to the family in memory of Frank Crane Jr., please visit our flower store.