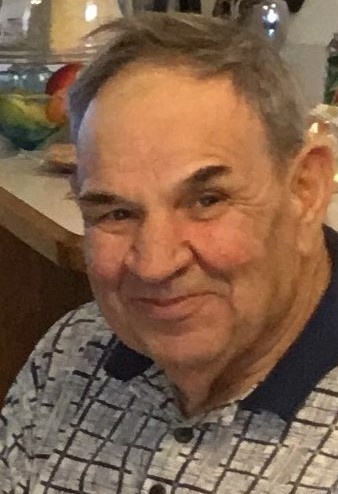 Fred was born on July 29, 1941 on the family farm south of Bern, Kansas to David Emil and Florence Irene (Bieri) Leuthold.  He grew up in the Bern area along with his two brothers, Larry and Morris.  Freddie attended school in Bern and graduated from Bern High School with the class of 1959.  After high school, he farmed with his dad until he entered the Army Reserves.  Then, after his military service, he returned home and continued his role on the family farm as a farmer and stockman.

Fred enjoyed fishing, cutting wood, hunting for mushrooms, attending farm sales, and tractor pulls.  In addition, he was a collector of many things including barbed wire, wrenches, guns, and water pumps.  Also, he enjoyed volunteering at community events like setting up for the monthly blood drives and helping at Albany Days.  He served many years on the Bern Fire Department.  Due to his declining health, Fred made his home at Crestview Manor Nursing Home in Seneca, Kansas where he enjoyed visiting with old friends and neighbors.  In addition, he cherished the new friendships that he established with many residents and the caring staff.

Funeral services will be held on Monday, May 3, 2021 at 10:00 a.m. at the Popkess Mortuary Chapel in Sabetha, Kansas.  Visitation will be held on Sunday, May 2, 2021 from 2:00 p.m. to 4:00 p.m. at the Popkess Mortuary Chapel.  The procession to the Bern Cemetery will be led by the American Legion Riders and the Bern Fire Department.  The interment will be in the Bern Cemetery in Bern, Kansas.  Memorial contributions may be made to the Bern Fire Department sent in care of Popkess Mortuary, 823 Virginia, Sabetha, Kansas  66534.

To order memorial trees or send flowers to the family in memory of Freddie Leuthold, please visit our flower store.