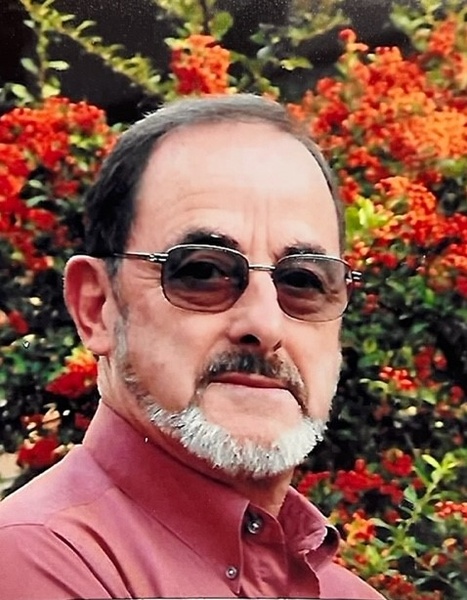 Fred was born on August 9, 1940 to Carl H. Feek and Helen May (Beer) Feek on the family farm in Richardson County Nebraska.  During the summer months while in high school, he worked on a neighbor’s farm.  Fred graduated from Honey Creek High School near Salem, Nebraska in 1958.  Following graduation, he attended Peru State Teachers College for a year.  In August of 1959, he began working for Lehmann & Meyer Plumbing and Heating in Sabetha until his retirement in 2014.

Fred served in the Kansas Army National Guard from July of 1963 until July of 1969.  In 1968, the Guard Unit was called to active duty and Fred was stationed at Fort Carson near Colorado Springs, Colorado.  He was honorably discharged in 1969 with the rank of Staff Sergeant E-6.

In April of 1981, Fred was invited to join the Sabetha Lions Club and he had perfect attendance while a member of the club.  He served in all the club’s offices except for club treasurer.  Fred served as president of the Lions Club for three terms and served as club secretary from 2004 until 2015.  Also, he served as the Kansas District I7K7 Zone Chairman Sight First II and received the Melvin Jones Award for his distinguished service to the Lions Club and the Sabetha community.

In addition, Fred served on the Sabetha Cemetery Board and was also a member of the American Legion John L. Palmer Post #126 where he served as chaplain.

Fred taught Sunday school at the Trinity Church of the Brethren in Sabetha for 17 years.  He transferred his membership to the Fairview Delaware Baptist Church in Fairview, Kansas where he taught the adult Sunday school class for several years.  In addition, he served as deacon, usher, and was a member of the parish board.  Then, Fred attended the Crossroads Wesleyan Church in Sabetha until his death.

Fred married Karen A. Bestwick on September 2, 1967 at Sabetha, Kansas and to this union one daughter, Audra Livengood, was born.

Fred is preceded in death by his parents; a brother, Gary Feek; a sister-in-law, Doris Feek; and three great-grandsons, Charlie Meister, Sladyn Wittwer, and Landry Wittwer.

Funeral services will be held on Tuesday, January 25, 2022 at 11:00 a.m. at the Crossroads Wesleyan Church in Sabetha, Kansas.  A visitation will be held from 10:00 a.m. until time of service at the church.  The internment will be made in the Albany Cemetery north of Sabetha with full military honors conducted by the Sabetha V.F.W. Post #7285.  Memorial contributions may be made to the Kansas Lions Sight Foundation or the Crossroads Wesleyan Church sent in care of Popkess Mortuary, 823 Virginia, Sabetha, Kansas  66534.

To order memorial trees or send flowers to the family in memory of Freddie "Fred" Feek, please visit our flower store.