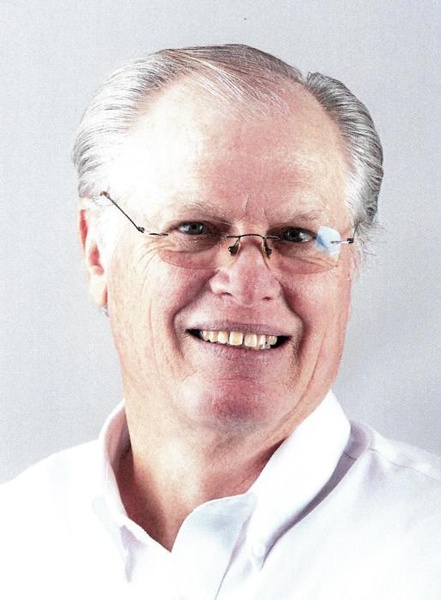 Gary was born in Sabetha, Kansas on September 29, 1948, the son of David and Lena (Titus) Edelman. He spent his adult life on a farm across the road from his birth place. He graduated from Sabetha High School in 1966 and attended Kansas State University where he met his future wife, Marilyn. They were united in marriage on July 21, 1968 in Wellington, Kansas. To this union was born a daughter, Carrie.

Besides farming and raising livestock, Gary worked as a service tech and salesman for Wenger Manufacturing for 49 years, retiring on December 31, 2017. Gary was a member of the United Methodist Church, served on the Blue Jay Booster Club, SHS Alumni Board, was the President of NEK SEN Energy Group, and also served on the Nemaha County Farm Bureau Board, and the Kansas Young Farmers and Ranchers Board. He was very involved in all of his daughter’s activities from being softball coach to a 4-H leader. He enjoyed woodworking and gardening, but his first priority was his family.

Gary was preceded in death by his parents; and his brother, Leroy at birth.

Gary is survived by his wife, Marilyn; his daughter, Carrie (Wayne) Grimm; his granddaughters, Elsie, Sadie, Emmie, Estie, and Nellie; his brother, Mark Edelman; his sisters-in-law, Nancy Edelman and Marty Albertson; his step-dad, Wayne Dettman; and nieces, nephews, cousins and a host of friends.

Funeral service will be held Saturday, February 8, 2020 at 10:00 a.m. at the Apostolic Christian Church in Sabetha. Visitation will be from 5:00 p.m. to 7:00 p.m. on Friday, February 7, 2020 at the Popkess Mortuary in Sabetha.  Interment will be made in the Albany Cemetery. Memorial contributions may be made to the SHS Alumni Association or the Nemaha County Home Health and Hospice, sent in care of Popkess Mortuary, 823 Virginia Street, Sabetha, KS 66534.

To order memorial trees or send flowers to the family in memory of Gary Edelman, please visit our flower store.