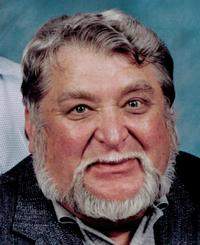 G erald Lee Smith, 77, of Axtell, Kansas passed away Thursday, September 12, 2013.  Gerald was born August 8, 1936 in Waterville, Kansas the son of Edmund and Katherine (Wichman) Smith.  He graduated from Axtell High School in 1954.

Gerald spent his military service in the U.S. Air Force and returned home to help on the family farm.  He found employment at Montgomery Ward Store in Marysville where he met his bride to be Kathy Gustin.  They were married on February 28, 1960.  Employment with Montgomery Ward moved them around from Nebraska to Iowa and then they returned back to Kansas with their sons to the farm. He served as a Blue Valley Telephone Company board member for 32 years.

Funeral service is Saturday, September 14, 2013 at 1:00 p.m. at the United Methodist Church in Axtell.  Visitation is Friday evening from 6 – 8 p.m. at the Landreth-Popkess Funeral Home in Axtell. Casketbearers are Pat Loob, Jeff Koch, Larry Runnebaum, Kevin Smith, Brandon Smith, Alex Smith and Terry Force.  Interment will be in the Rose Hill Cemetery.  Memorial contributions are to a fund yet to be designated by the family.

To order memorial trees or send flowers to the family in memory of Gerald Smith, please visit our flower store.