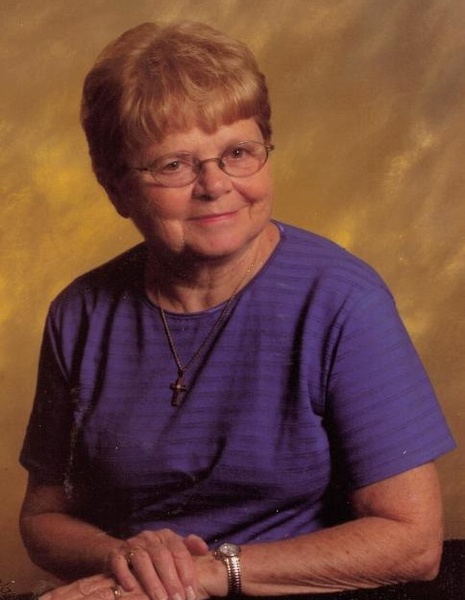 Geri was born on January 4, 1933 in Wilson, Kansas the daughter of Kenneth and Martha (Shrieve) Noland. She attended school in Wilson and graduated with the class of 1951. Geri then moved to Kansas City where she attended and graduated from Trinity Lutheran with a degree in nursing.

She was united in marriage to Lynn Kellenberger in 1962 in Englewood, Colorado.  Geri and Lynn moved to the Kellenberger family farm located north of Sabetha in 1964.  She worked during her career as a nurse for the Hiawatha Hospital, Sabetha Hospital, and Fountain Villa in Sabetha. Geri was a member of the First United Methodist Church of Sabetha.

Geri enjoyed traveling, crossword puzzles, was an avid reader, and spent her time caring for her grandchildren.  She was a big supporter of Sabetha athletics and rarely missed a game.

She was preceded in death by her parents; and her sister, Nannette Anderson.

To order memorial trees or send flowers to the family in memory of Geraldine Kellenberger, please visit our flower store.