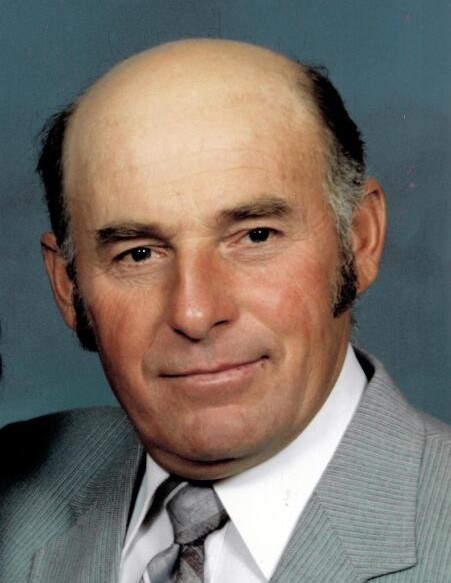 G lenn Eldon Sanner, 86, of Fairview, Kansas went home to be with his Heavenly Father Monday morning, October 19, 2020 from the Sabetha Community Hospital.  Born on what was known as the 400 acres northwest of Morrill, Kansas, Glenn was the second of three sons to Lee and Ruth (Hollabaugh) Sanner on May 17, 1934.

Glenn loved nature and grew up a farm boy tramping the timber, hunting, fishing and trapping with his brother Melvin.  He attended Flickinger Country School, graduating from Morrill High School with the class of 1952 participating in track. Following high school, Glenn worked at Meadow Gold in Topeka.  In the spring of 1953, Glenn was one of the first employees at the Hiawatha Dairy Queen.  Over the course of his lifetime, he worked as a carpenter, helped build numerous area watershed dams driving heavy equipment, worked on the new Highway 36 as well as highways in neighboring counties, laid underground telephone lines and his dearest occupation was that of a stockman. Glenn was the twenty-fifth kidney donor in the world in 1963 at the Denver VA Hospital giving the gift of life to his brother, Gale.  He loved traveling and exploring this great country passing this love on to his children, grandchildren and great-grandchildren.

Glenn married his fellow classmate and lifelong sweetheart, Gloria June Money, on February 14, 1954 at the Morrill Baptist Church in Morrill, Kansas where Glenn and Gloria were members.  For a time, they were members of the Delaware Baptist Church where Glenn served faithfully as a Sunday school teacher, deacon and trustee. Glenn and Gloria returned to their home church in Morrill in their later years.

Glenn was preceded in death by his parents; his brothers, Gale Raymond and Melvin Wayne; and his infant sister, Linda Lee Sanner.

A Private Family Graveside Service will be held on Friday, October 23, 2020 at the Sabetha Cemetery.  Masks and social distancing are requested. A gathering will be held for family and friends at a later date. Memorial contributions may be made to the Gideon’s International of which Glenn had worked as a member spreading the Good News, sent in care of Popkess Mortuary, 823 Virginia St., Sabetha, KS 66534.

To order memorial trees or send flowers to the family in memory of Glenn Sanner, please visit our flower store.