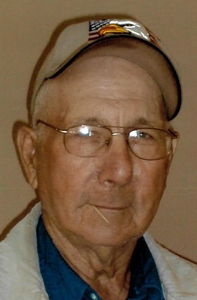 H arold Gene Ingwerson, age 85, of Silver Lake, KS passed away Monday, September 16, 2013 at a Topeka hospital.  Harold was born September 4, 1928 near Summerfield, KS the eldest son of Bill and Pearl Hinton Ingwerson.  He attended Rosenweed School near Pawnee City, NE before moving to the family farm north of Bern in 1942.  Harold graduated from Bern High School in 1946 and married his high school sweetheart, Betty Hatch on July 29, 1946.  Harold farmed most of his life in the Bern community except from 1957-1958, when he was employed by Boeing in Wichita, KS.  His values and family ultimately lead him back to the farm where he enjoyed working with livestock and working the land.  Later in life Harold extended his farming operation to the Silver Lake community in order to be closer to his family.

Funeral services will be Monday, September 23, 2013 at 11:00 a.m. at the Bern United Methodist Church.  Visitation will be Sunday evening from 6:00 – 8:00 p.m. at the Popkess Mortuary in Sabetha.  Interment will be at the Bern Cemetery.  Memorial contributions can be sent in care of Popkess Mortuary for charities to be named later.

To order memorial trees or send flowers to the family in memory of Harold Ingwerson, please visit our flower store.