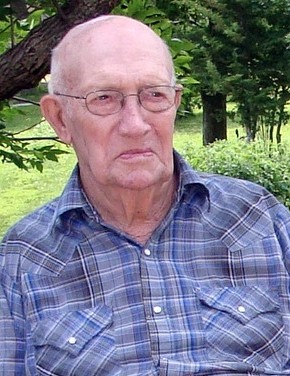 After graduation, Junior was employed by the Rail-Road that ran through Wetmore and then later picked up cream and hauled bulk milk into the Sabetha Creamery.

Junior enjoyed gardening, giving away his vegetables, mowing and trimming, and you could always find him on his small Ford tractor rotary mowing. He took pride in trying to produce the first local ripe tomato.

Herman was preceded in death by a brother, Virgil L. Zwahl; and a nephew, Todd Zwahl.

Survivors include a sister, Eldred L. Pfrang of Sabetha; one brother, Floyd A. Zwahl of Wetmore; two nieces, three nephews, and many great and great-great nieces and nephews.

Services will be held privately at a later date. Memorial contributions are suggested to the Wetmore Public Library, sent in care of Popkess Mortuary, 823 Virginia Street, Sabetha, KS 66534.

To order memorial trees or send flowers to the family in memory of Herman Zwahl, please visit our flower store.