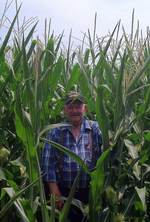 H oward Henry Rohlmeier, 76, of Dubois, NE died Saturday, March 30, 2013 at the Life Care Center in Seneca.  He was born May 24, 1936 on the family farm located northeast of Dubois, the son of Henry and Esther (Kroemer) Rohlmeier.  Howard attended school in Dubois up to the tenth grade.  He served 18 ½ months in Korea, and was honorably discharged in May of 1955.  Howard was united in marriage to Norma Jean “Jeanne” Boltz on August 27, 1957 in Bartlesville, OK.  They made their home in Dubois and Howard farmed where he grew up on the family farm.  Howard enjoyed many things but most notably his love for fishing and deer hunting.

He was preceded in death by his parents; infant granddaughter, Crystal Anderson; a brother, Eugene Rohlmeier; and a sister, Henrietta Rohlmeier.

Funeral service is Friday, April 5, 2013 at 10 a.m. at the Popkess Memorial Chapel in Seneca.  The family will greet friends one hour prior until service time.  The family requests that friends and family coming to the service please dress casual.  Interment will be in the Dubois Cemetery.  Memorial contributions may be made to a fund that the family will designate at a later date.

To order memorial trees or send flowers to the family in memory of Howard Rohlmeier, please visit our flower store.