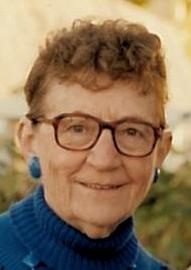 Illola was born January 30, 1926 on a farm by Bern, KS to Herman and Julia (Ramsey) Jauken. She was to spend 50 years in the Bern School District; twelve years attending school and 38 years teaching. On June 12, 1955, she married Gale E. Miller. They lived all their married life on a farm south of Woodlawn, KS.

Mrs. Miller gave her life to teaching. She was approached the summer before her senior year at Washburn University, Topeka, about teaching instead of going to college. She spent her senior year of college teaching High School Business, Band and Vocal at Greenleaf, KS while finishing up her college credits to graduate with her class. She had a lifetime teaching certificate. Her next teaching job was in Robinson, KS. When she moved to Bern, KS to teach, she transferred to elementary school and taught fifth and sixth grade plus elementary music. She ended her career teaching fourth grade. Her elementary Christmas Operetta’s always packed the Bern Gymnasium.

Illola played the piano for many wedding, funerals, solos and 4-H musical numbers. She was the pianist for over 60 years at the Woodlawn Baptist Church. She could play any musical instrument she set her mind to.

After retirement, she enjoyed taking care of her grandchildren, Bonnie and Chris, plus helping Gale raise cattle and sheep. Illola was a member of the Woodlawn Baptist Church, the Bern Bridge Club, DHS Club, the Bern American Legion Auxiliary, and the Eastern Star.

Gale passed away in 2004. Illola continued to enjoy farm life until October, 2016 when she moved into the Sabetha Manor.

She was preceded in death by her husband, Gale on March 11, 2004; and her brother, Jack Jauken and his wife, Arlene Jauken.

Funeral service will be Friday, November 3, 2017 at 10:00 a.m. at Popkess Mortuary in Sabetha, KS. Visitation will be Thursday, November 2, 2017 from 6:00 to 8:00 p.m. at the funeral home. Interment will be made at the Sabetha Cemetery. Memorial contributions may be made to Woodlawn Baptist Church, sent in care of Popkess Mortuary, 823 Virginia Sabetha, KS 66534.

To order memorial trees or send flowers to the family in memory of Illola Miller, please visit our flower store.