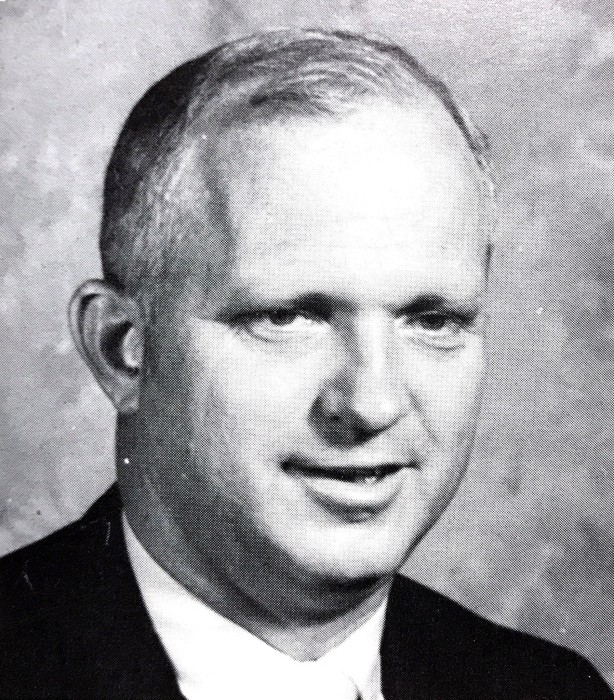 I rwin Laurence Figgs, passed away in Sabetha, Kansas, on November 3, 2017 at the age of 91. Irwin was born on the family farm near Effingham, Kansas, on December 17, 1925. He was the fifth of eight children born to Irwin and Jennie (Arthur) Figgs.

Irwin is predeceased by his parents and by his brothers, Orville, Tyrus, Jerry, and Tom and his sister, Mary.

He is survived by his loving wife of 61 years, Leona Faye (McConnaughhay) Figgs. They were married in Larned, Kansas, on December 27, 1955.

He graduated from high school in Effingham, Kansas in 1944 and immediately left to serve his country in the Army in the 17th and 82nd Airborne Divisions as a Ranger Scout Staff Sergeant during World War II. While in the Army, he was in combat, participating in the Rhineland Invasion. He made nine jumps.

After returning from the war, Irwin began teaching in a one-room schoolhouse near Valley Falls, Kansas. He earned a life certificate for teaching in 1947. He took a total of 227 college hours, earning a bachelor’s degree from Washburn University in social science and foreign language, a master’s degree from the University of Kansas and Emporia State Teachers College program in school administration, and a specialist in education degree in guidance and counseling from Emporia. He enjoyed classroom teaching and during his career taught government, American history, Biology, Art, French, and German. He was a teacher and administrator for 41 years. He retired after serving 21 years as a principal at Sabetha High School. He then went on to serve as an elected School Board Member for 12 years in Sabetha.

Funeral services will be held at the First United Methodist Church, 806 Main Street, Sabetha, KS on Friday, November 10, 2017, at 10:00 AM with Reverend Daniel Kipp officiating. Interment will follow at the Sabetha Cemetery.

In lieu of flowers, memorial donations may be made to Sabetha Community Hospital, sent in care of Popkess Mortuary, 823 Virginia Sabetha, Kansas  66534.

Click to download / open
To order memorial trees or send flowers to the family in memory of Irwin Figgs, please visit our flower store.