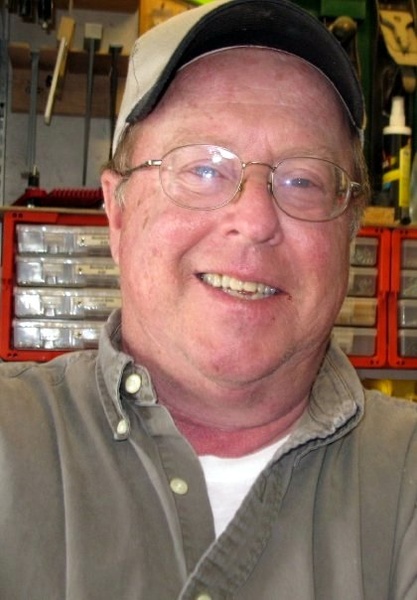 He was born June 20, 1948 in Kansas City, KS to Darwin N. and Dortha Hester (Winn) Copeland.  He grew up in Shawnee, KS and graduated Shawnee Mission North.  Jim attended the University of Kansas where he met Kathy Ann Sheehan and married her on February 17, 1968 in Overland Park, KS.  They were blessed with a son and a daughter.

From 1969 to 1972 Jim served in the U.S. Army and fought bravely in the Vietnam War. When he returned home he became a computer programmer for the Social Security Administration in Kansas City.

As their children were growing up Jim was a very involved father, he was a Scout Master and Little League Baseball Coach.  He had a love for music, his dogs, camping vacations, hunting for treasures at auctions, meeting friends at the local coffeehaus every morning and spending time with his grandkids whom he was always so very proud of.

Jim was preceded in death by his parents.  He leaves his wife, Kathy, of 51 years; two kids, his son, Jamie Copeland and his wife Danielle of McLouth, KS, and his daughter, Cindy McWilliams and her husband Galen of Seneca; his brother, Steve Copeland of Independence, MO; and 7 grandchildren.

Jim died a loved man surrounded by his family.  We knew our Dad always a man of integrity and honesty.  He will be missed so much.

To order memorial trees or send flowers to the family in memory of James Copeland, please visit our flower store.