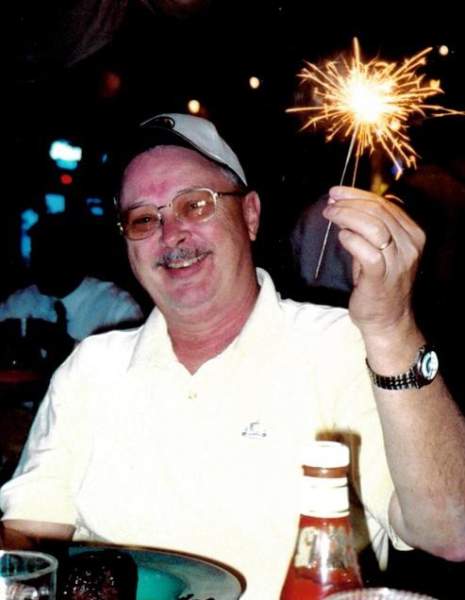 J ames “Jim” Edward Alderfer, 68 of Centralia died Monday, April 18, 2016 at a hospital in Lincoln, Nebraska.  Jim was born March 23, 1948 in Sabetha, Kansas to Roy and Eva (Strahm) Alderfer. He lived on a farm north of Sabetha and attended a one room school until 3rd grade at the Rock Creek School. After moving into Sabetha he attended Sabetha Schools and graduated in the class of 1966. Following high school graduation he enlisted in the United States Navy and proudly served during the Vietnam War aboard the USS Enterprise, the first nuclear Naval ship.  He was a lifetime member of the Veterans of Foreign Wars and the Seneca and Centralia American Legion.

Jim worked in the heating, plumbing and air conditioning industry his entire working career. He began working for Lehmann & Meyer in Sabetha following his discharge from the Navy, then formed A&T Plumbing partnership with Frances Tibbets in Seneca and then started his own company-Jim’s Plumbing and Heating in Centralia. He began working as a sales rep and then manager for Reeves-Wiedeman Company, Manhattan, in 1993 and later transferred to the Topeka Branch where he remained manager until his retirement in November 2015. He was an avid bowler and won many State VFW Bowling Tournament Championships through the years.  He was elected to serve on the Centralia City Council in 1985 through 1995 and as the “Mayor” from 1995-2006. He was involved in the Summer Ball Association serving as president and also coaching many years.

He married Camilla Jo Keener at the First Baptist Church in Horton, Kansas on June 12, 1982.  She survives. Other survivors include two sons; Cole (Jill) Alderfer of Corning and Cameron Alderfer and fiancé, Anne Bachman of Centralia; a daughter, Camilla “Nikki” Garst and fiancé, Kenneth Robinson of Centralia; 5 grandchildren, Quentin, Ashlan and Jensen Alderfer, Stratton Garst and Camilla Kennedy Robinson; a sister Eula, (Leonard) Swindale of Holton; sister-in-law, Jan Alderfer of Stephenville, Texas.  He was preceded in death by his parents, Roy and Eva Alderfer and 2 brothers, Kenneth and Richard Alderfer.

Funeral services will be Friday, April 22, 2016 at 10:30 a.m. at the NorthRidge Church in Sabetha.  Visitation Thursday, April 21, 2016 from 5:30 to 8:00 p.m. at the Popkess Mortuary Chapel in Sabetha.  The interment will be made in the Horton Cemetery with full military honors.  Memorial contributions may be made to the American Legion Riders sent in care of the Popkess Mortuary 823 Virginia Sabetha, Kansas 66534.

To order memorial trees or send flowers to the family in memory of James "Jim" Alderfer, please visit our flower store.