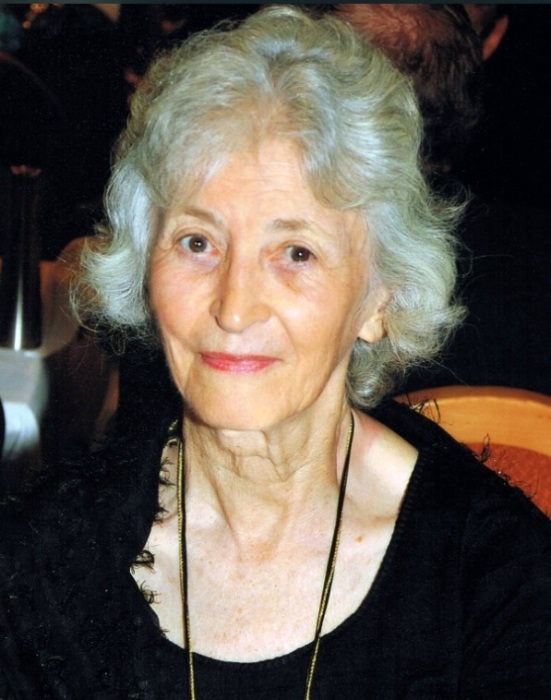 J ennie Ellen Finney was born to Louis J. and Edna E. Smith Fulton on October 21, 1934 just north of Sabetha, Kansas, in the same house where her mother was born 24 years prior.  She graduated from Sabetha High School with the Class of 1952 and ventured on to the University of Kansas, where she joined the Sigma Kappa sorority and earned both her Bachelors and Masters in Language Arts.

While attending college, Jennie developed a love for swimming. During the summers she managed the swim program for Sycamore Springs, providing swimming lessons and organizing synchronized swimming shows to conclude each season. She also worked with summer camps in Wisconsin as a camp counselor.

Following the completion of her studies at KU, she worked as a high school teacher in Kansas City, Kansas from 1956 to 1966, Topeka, Kansas for the 1966 school year, and finally Sabetha High School from 1967 to 1998, where she taught both English and Spanish.

We can tell you lovingly and with humor that her life didn’t really begin until she was introduced to John Finney. She loves her children, her family, and her friends, but she truly loves John more.

They originally eloped to Oklahoma in November 1966 but upon returning home, her larger-than-life father required a do-over.  They were married in the First Congregational Church in Sabetha on January 13, 1967.  Which anniversary they celebrated depended on the year – or if Daddy happened to forget one or the other.  They shared fun, laughter, adventure, and dreams.

John passed away on October 28, 2014 which - as Jennie would say - left her as “half of a person.” She wanted nothing more than to be with him.

On August 12, 2018, Daddy came to take her home, and their adventures continue on.

She is survived by her son Hiram (Diana) and daughter Mary Jane (Kevin); grandchildren, Corrie, Seamus, Aiden, and Avery; her mother-in-law, Gertrude Jameson, and a host of beloved family and friends.

How do we sum up the life of the woman we thought was bulletproof? The soul who gave us life – the one who would wipe away tears, kiss ouchies, provide instruction on the use of a fork and spoon, and who still loves exponentially. The woman we would give our own lives to protect. She has taught us the inclination for education, the loyalty of family, and the benefits of faith. We honor her with adulation and admiration.  One thing is for certain, we will not just love her all the days of her life, but all the days of ours.

A memorial service will be held Saturday, October 27, 2018 at 10:00 a.m. at Popkess Mortuary in Sabetha. The family will greet friends one hour prior to service time. In lieu of flowers, the family suggests memorial contributions be made to the Brown County Humane Society in Hiawatha, KS, sent in care of Popkess Mortuary, 823 Virginia Street, Sabetha, KS 66534.

To order memorial trees or send flowers to the family in memory of Jennie Finney, please visit our flower store.