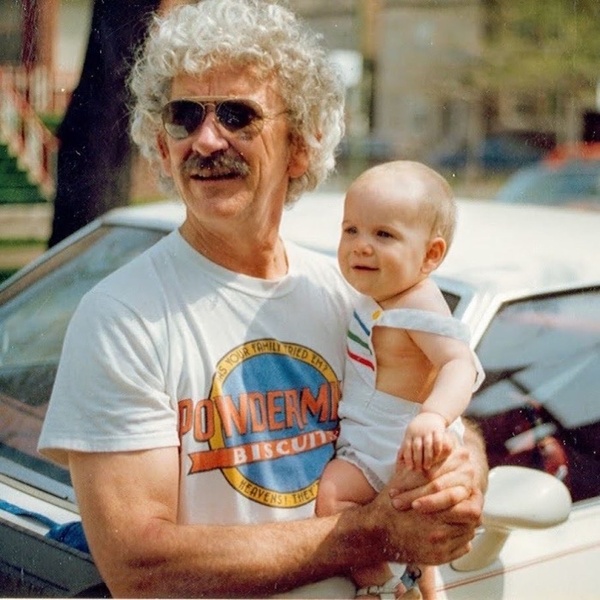 J ohn Joseph Humphrey was the eldest child of Donna Grace Glenn and Otis Linville “Jake” Humphrey of Woodlawn, Kansas. He was born September 27, 1935, at St. Anthony Hospital in Sabetha. His parents farmed near Woodlawn while John was growing up. John graduated from Sabetha High School in 1953, having particularly enjoyed his role as the eldest son in the play Cheaper By the Dozen and serving as treasurer of his senior class. He followed his aunt Carol Humphrey to Sterling College for a year. The next year he attended Kansas State University, where he studied engineering but said he couldn’t make an 8 a.m. class, so his higher education came to an end.

While serving in the U.S. Army Reserves at Fort Leonard Wood, Missouri, John studied mechanical drawing and discovered a talent. He married Janice Hendrix, of Lincoln, Nebraska, at Havelock United Methodist Church in Lincoln on January 30, 1959. The couple moved to Denver in August that year. The couple had three children, all born in Denver.

John worked as a draftsman for nearly 15 years, notably at Stanley Aviation Corp., which sent him to the Martin-Marietta Company to work on a Titan missile engine. John related that he would go to test sites, climb five-story towers around the missile, sketch as-built deviations from plans, and then he and his team would retreat to the bunker and feel the mountain quake under their feet. After he and Janice divorced, John picked up his father’s building tools and started painting and fixing houses. For the next thirty years, John was a contractor specializing in restoration and remodeling of older homes. He spent several summers in Chicago restoring his sister Joan’s 1904 American foursquare, bringing along his dear nephew Joel Kauffman to help. His nieces treasured these visits as John shared his homespun wisdom (“Some days you eat the bear and some days the bear eats you”), practical advice (”A Swiss army knife is more useful than diamonds in a snowstorm”), and skills such as how to paint a ceiling on stilts and strip paint from woodwork.

John loved his cars, his last a 1966 Ford F-100 “with 3 on the tree."  He was also a fan of singer-songwriters such as Townes Van Zandt, Guy Clark, John Prine and Michael Smith. He knew the good music venues throughout Denver. Over his lifetime, John read many hundreds of books, most often history, politics, and biography.

In the early 1990s, John met Lucie Desmarais, a massage therapist and acupuncturist, who became his life partner. They formalized their commitment in marriage on October 31, 2012.  They were best friends until his death from cancer on September 13, 2020 at their home near Monte Vista, Colorado. Though he knew the end was near, he hoped to vote one more time. Surviving are his wife Lucie and children Brian, Anne (Ernest Cruz), and Michele Hernlund, grandchildren Katie Burnham and Steven (Savannah) Hernlund, great-grandchildren Joseph and Kira, sisters, Judith Smith and Joan Lefkow, and many nieces and nephews. John’s parents and brother, Thomas predeceased him.

To order memorial trees or send flowers to the family in memory of John Humphrey, please visit our flower store.