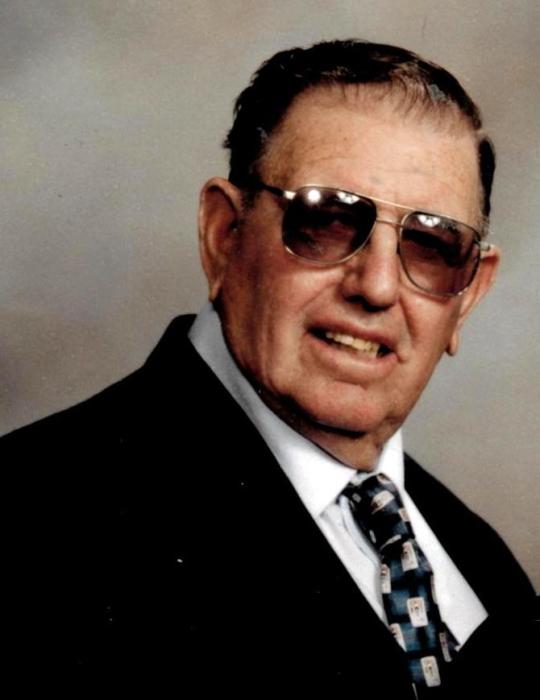 J ohnny C. Bramhall, 86, of Vermillion, Kansas passed away Tuesday, May 24, 2016 at the Eastridge Nursing Home in Centralia.

Johnny the son of Joe and Violet (Snider) Bramhall was born on November 2, 1929, on the family farm located two miles east of Vermillion.

Johnny attended and graduated from the eighth grade at Domer School. He attended Vermillion High School and graduated in the class of 1947.  After graduation Johnny lived with John and Dorothy Schafer, helping John with farm work. Later in 1949, he went to Fairbury, Nebraska doing dozer work.

On June 11, 1950, Johnny and Maxine (Stowell) were married in her parent’s home. Their first home was in Fairbury, Nebraska for seven months. They moved back to the Bramhall Family farm east of Vermillion and farmed there until his parents returned a year later to their farm. At this time Johnny and Maxine moved to Topeka, Kansas where he delivered for Wonder Bread Company. In 1953, Johnny and Maxine moved to the Curtis Ranch to farm. In 1967, they moved to their current residency east of Vermillion where they farmed the remainder of their lives raising crops and livestock.

Johnny and Maxine felt very fortunate to have lived most of their lives in the Vermillion area.  They also felt fortunate having their children live close by. They were both active members of the Vermilion Christian Church, and never missed an Alumni Banquet.

He was preceded in death by his parents; his wife, Maxine Bramhall on April 4, 2012; an infant son, Kevin Bramhall on October 2, 1955; and a daughter, Janie Faye Bramhall on August 10, 1974; three brothers, Dean Bramhall, Mike Bramhall and Floyd Bramhall.

Johnny is survived by three sons, Kim Bramhall and Keith Bramhall, both of Vermillion, and Kerry Bramhall of Seneca; a brother, Bill Bramhall of Vermillion; a sister, Dorothy Stiner of Frankfort; and six grandchildren.

To order memorial trees or send flowers to the family in memory of Johnny Bramhall, please visit our flower store.