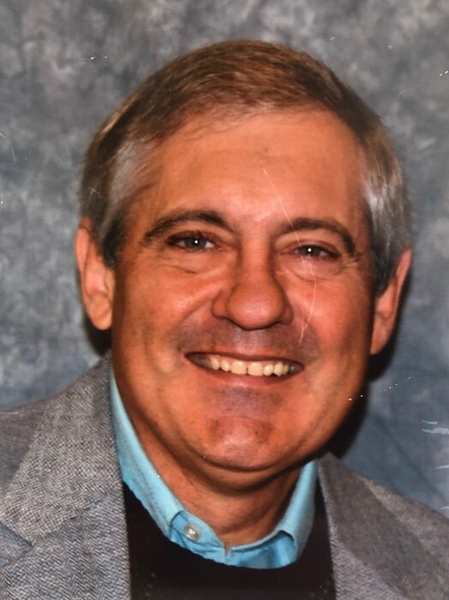 J on Thomas Summers, 70, of Fairview, Kansas went to be with his Lord and Savior on Thursday, October 14, 2021.  He was born in Sabetha, Kansas on March 7, 1951 to Gerald and Dorothy (Brigham) Summers.  He was the middle son of a lively household of boys.  He attended Sabetha High School and graduated in 1969.  He briefly attended Highland Community College and Wichita State University before pursuing a career in law enforcement.

Jon married his high school sweetheart, Janet (Jan) Heiniger on March 4, 1972, and they celebrated 49 years of marriage.  Together they raised two sons, Matthew (Matt) and Marcus (Marc).  Jon loved his home and family, enjoyed home improvement projects, and made family vacations an important priority.  They enjoyed camping as a family and visited many United States National Parks.

Jon worked hard and was a dedicated employee.  He began his career in law enforcement as a dispatcher with the Topeka Police Department in Topeka, Kansas.  Then, he worked as a deputy for the Nemaha County Sheriff’s department in Seneca, Kansas and later was a city patrolman for the City of Seneca.  At the age of 25, he was appointed as the Nemaha County Sheriff and was subsequently elected Sheriff by the citizens of the county.  His final career move was to McPherson, Kansas where he was a city patrolman, and was later promoted to Investigative Detective.  He truly loved being a "cop" and often worked long night shift hours.  Although he carried a weapon while on duty, his greatest weapons were his keen observation skills and his ability to use effective communication skills to "disarm" many situations.  Jon also worked in the family grocery business, worked as a jailer for the Brown County Sheriff’s Department, drove over the road for Federal Express, and worked for the Sabetha School district as a bus driver.  In addition, Jon was a dutiful son to his mother and helped his father-in-law on the farm when needed.

On March 15, 2006, Jon was given the wonderful gift of a heart transplant at Saint Luke’s Hospital of Kansas City.  His new heart gave him extra years that he lived vigorously.  Never one to sit still for long, he loved to help others and cherished time with friends and family.  In addition, he served others through the 12-step recovery program, served his community by delivering Meals on Wheels, and he spent hours encouraging other transplant patients.  He was a member of the Masonic Lodge, a Shriner, and Kiwanis.  He enjoyed his NorthRidge Church family immensely.  Jon and Jan loved to travel and visited nearly all 50 states in their RV.  They also enjoyed their trip with Sabetha High School students to Switzerland, Austria, and Germany.

Jon was preceded in death by his parents, Gerald and Dorothy Summers; and his two brothers, Jim and Kim Summers.

He is survived by his wife, Janet, of Fairview, Kansas; his sons, Matt of Silver Lake, Kansas and Marcus of Independence, Missouri; his three brothers, Gary (Sylvia) of St. Joseph, Missouri, Jeri (Janice) of Columbia, Missouri, and Kirk (Stefni) of Broken Arrow, Oklahoma; his sister-in-law Beth Summers of Calistoga, California; numerous cousins, nieces, nephews, grand-nieces, and grand-nephews; and a host of friends.

Jon's outgoing personality and love of life impacted many people.  He will be greatly missed.

Celebration of Life services will be Saturday, October 16, 2021 at 2:00 p.m. at the NorthRidge Church in Sabetha, Kansas.  Visitation will be one hour before the service starting at 1:00 p.m. until service time at the church.  Services will be live streamed at northridgechurch.com Memorial contributions may be made to the Sabetha Community Hospital, Saint Luke’s Hospital Foundation Cardiac Transplant of Kansas City, Missouri, and Valley Hope at Atchison, Kansas and sent in care of the Popkess Mortuary, 823 Virginia, Sabetha, Kansas  66534.

To order memorial trees or send flowers to the family in memory of Jon Summers, please visit our flower store.