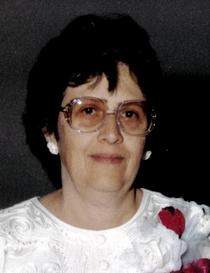 J udy Irene (Leonard) Anderson, 68, passed away Tuesday, March 10, 2015 at Crestview Manor in Seneca, Kansas. She passed away due to complications with pancreatic cancer.

She married Dwayne Van Osdel in March of 1962 in Omaha, Nebraska. To this marriage was one child, a daughter, Kimberly born in March 1965. They later divorced.

Judy then married Lonnie Anderson in September of 1967 in Omaha, Nebraska. To this union two children were born. A son, Leon was born in September of 1969 and a daughter, Lonell was stillborn in 1972. Judy and Lonnie lived all over up until Lonnie got sick and at that time they resided in DuBois, Nebraska. Lonnie passed away July 23, 1988.

After Lonnie passed away Judy had a special friend, P.J Fleming. They traveled all over together and they enjoyed each other’s company up until his death on July 1, 2004

Judy was a homemaker all her life and enjoyed baking, drawing, spending time with her family especially her grandkids. Judy took care of many family members when they were sick and at their last moments.

Judy is preceded in death by her parents, Lloyd and Doris Leonard, her husband, Lonnie Anderson, a daughter, Lonell Anderson, a sister, Pauline Leonard, a brother, David Leonard and her special friend, P.J Fleming.

Funeral service is Saturday, March 14, 2015 at 10:30 a.m. at the Popkess Mortuary in Seneca.  The family will greet friends Friday, March 13, 2015 from 6 - 8 p.m. at the funeral home.  Memorial contributions may be left to a fund yet to be designated. Interment will be in the DuBois Cemetery in DuBois, Nebraska.

To order memorial trees or send flowers to the family in memory of Judy Anderson, please visit our flower store.