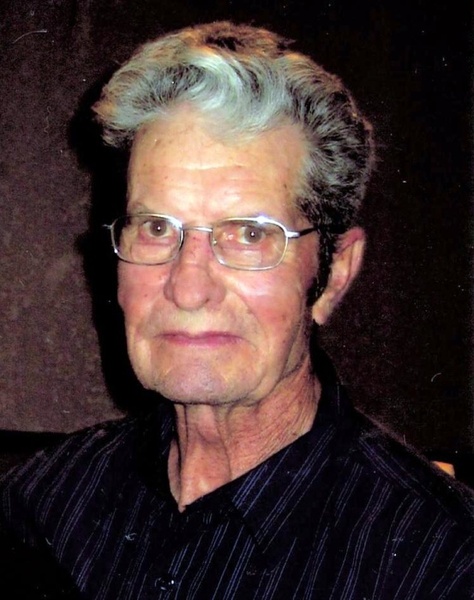 Kenneth was born on January 14, 1936 the son of Phil and Ferne (Kelly) Rothers on a farm northwest of Havensville, Kansas.  He graduated from Corning High School in 1954.  Kenneth was united in marriage to his high school sweet heart, Joyce Shaffer on November 4, 1956 at the Evangelical United Brethren Church in Corning by Reverend Harnish. The couple first lived in Greenleaf and Valley Falls for two years while Kenny did construction work before returning to Corning and purchased their farm west of Corning.  While farming and raising cattle full time, Kenny also ran Steck Service Station in Corning for several years, along with working for the Illinois Township doing bulldozing and keeping the roads in shape.  The couple also operated a Grade A dairy farm for many years.  After his wife’s death in 2008, Kenny moved to Seneca but continued to farm and raise cattle, along with taking care of the Corning Cemetery, a job he acquired in 1995.  He was instrumental in having the directory board placed at the east end of the grounds.  He took pride in keeping the cemetery in shape, driving from Seneca to Corning for seven years to accomplish this goal.  He quit only when his health began to fail in 2014.

He was preceded in death by his parents; his wife, Joyce, the love of his life; and two brothers, Dean and Darrell.

He is survived by his two children, Sherri Rothers and Steve Rothers both of Seneca; a brother, Cecil Rothers of Topeka; a sister, Karen Nix of Whiting; four grandchildren, Andrea, Amanda, Ashley and Adam; and nine great grandchildren and one on the way.

Funeral service will be Friday, August 10, 2018 at 10:00 a.m. at the Seneca United Methodist Church in Seneca. Visitation will be Thursday, August 9, 2018 at the Popkess Mortuary in Seneca from 6:00 to 8:00 p.m.  Interment will be made in the Corning Cemetery.  Memorial contributions may be made to the Nemaha Country Training Center or the Seneca United Methodist Church, sent in care of the Popkess Mortuary, 814 Castle, Seneca, Kansas  66538.

To order memorial trees or send flowers to the family in memory of Kenneth Rothers, please visit our flower store.