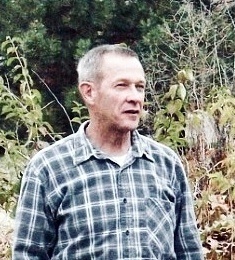 He was born July 14, 1951 in Sabetha, Kansas to Merril and Bette (Keim) Bestwick.  He grew up on the family farm near Morrill, Kansas and graduated from Morrill High School in 1969.  He attended Kansas State University graduating from the College of Engineering in 1974.  He served in the United States Army from August 1974 to February 1984 as a Communications Electrical Engineer earning the rank of Captain.  Following his honorable discharge, Kent lived and worked in the San Francisco area working for Lockheed and later Tiburon Systems.

He moved to Manhattan in 1995 and became a full time “first responder” to his family and friends whenever the need arose. Kent was an avid gardener, voracious reader, and skilled carpenter. Eternally curious, Kent shared his love of learning with his nieces and nephews, eagerly loaning his books and expertise at every available opportunity.

He was preceded in death by his father, Merril Bestwick; and brother-in-law, Burton Robinson.

He is survived by his mother, Bette Bestwick of Manhattan, KS; a sister, Connie Robinson of Sabetha, KS; two brothers, Larry (Lila) Bestwick of Randolph, KS, and Brent (Allison) Bestwick of Olathe, KS; and numerous nieces and nephews.

Funeral services will be Saturday, January 6, 2018 at 2:00 p.m. at Popkess Mortuary Chapel in Sabetha, Kansas. Visitation will be from 1:00 to 2:00 p.m. prior to service time at the funeral home. Inurnment will be made in the Sabetha Cemetery at a later date and time. Memorial contributions may be made to the Morrill High School Alumni Scholarship Fund, sent in care of Popkess Mortuary, 823 Virginia, Sabetha, KS 66534.

To order memorial trees or send flowers to the family in memory of Kent Bestwick, please visit our flower store.