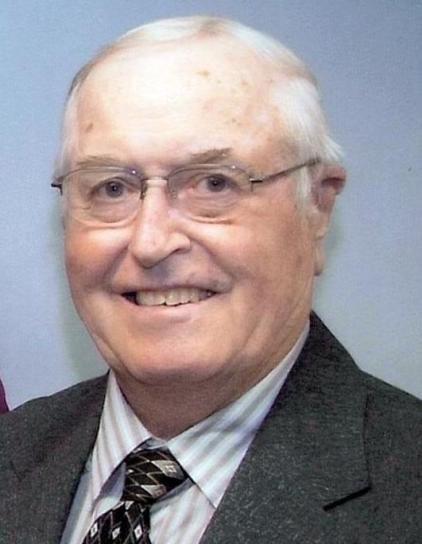 L arry Lee Lierz, 78, of Fairview, Kansas passed away on Thursday, March 19, 2020 peacefully at his home surrounded by family.

Larry was born on January 9, 1942 in his grandparent’s farm house near Seneca, Kansas. He is the son of Paul and Dorothy (Broxterman) Lierz of Sabetha. He was the fourth child with older siblings, Marvin, Roselita, Isla Faye and younger sibling, Roger.

Larry attended Oneida School and played on their basketball team until it closed. He then attended and graduated from Seneca Public School in 1961. After high school, Larry joined the 89th Regiment of the Army Reserves in Seneca and was a Sergeant E6 after he had served for six years.

After High School he helped his dad, Paul with the dairy and helping with the farming until his dad retired in 1967.

In 1970, Larry and Evelyn bought a farm in Brown County where they spent most of their married life. Farming was something that he really loved. He really enjoyed working on his farm and all of his kids and grandkids, and their many activities. He was on the Nemaha-Brown Watershed Board, and a member of the St. Augustine Catholic Church. He also won the Bankers Award for the Soil Conservation in 1974. Larry was a dairy farmer until he retired from dairying in August of 2003. Larry was known as the “6 Miles South of Fairview Rain Fall Reporter” on KNZA.

A Private Mass of Christian Burial will be celebrated on Monday, March 23, 2020 at the St. Augustine Catholic Church in Fidelity. Viewing will be open to the public on Sunday, March 22, 2020 from 11:00 a.m. to 6:00 p.m. at the Popkess Mortuary Chapel in Sabetha, Kansas. Interment will be made in the St. Augustine Catholic Church Cemetery. Memorial contributions may be made to the Angel Fund at Stormont-Vail Foundation to assist with cancer patient needs, sent in care of the funeral home, 823 Virginia, Sabetha, KS 66534.

To order memorial trees or send flowers to the family in memory of Larry Lierz, please visit our flower store.