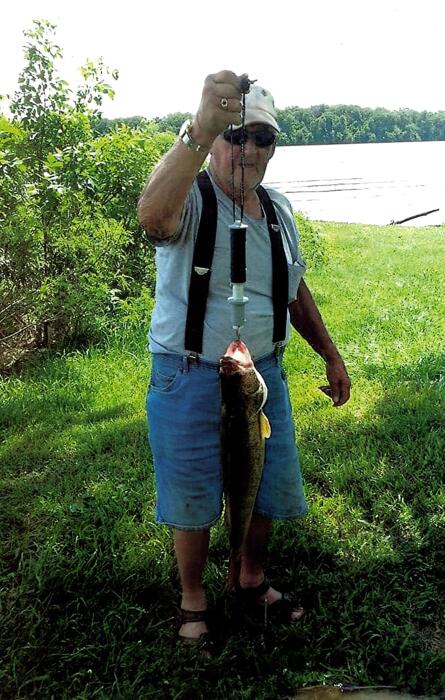 Larry was born September 7, 1939 at the Rokey farmstead west of Sabetha, the son of Andrew Peter and Mary Katherine (Noble) Rokey.

Larry was married to Elizabeth Marie Munson on May 24, 1959. They later divorced. To this union four children were born, Larry D., Rebecca, Tracy and Gary.

Larry pursued life with a passion, whether it was work or recreation. He had many jobs throughout his life but ultimately spent 54 years on the business he bought from his father, Larry’s Service.

Larry was an avid outdoorsman, and enjoyed hunting, fishing and camping. He mostly enjoyed sharing both his knowledge and passion for all things outdoors with not only his children and grandchildren, but with anyone that showed an interest with his passions.

He was preceded in death by his parents; and his sisters, Linda and Mary.

Survivors include Marie; his children; six grandchildren; four great grandchildren, as well as many nieces and nephews; his sister, Andrea and his brother, Richard both of Topeka; and his Uncle Eldon from Sabetha and many cousins.

A Memorial Service will be held from 11:00 a.m. to 3:00 p.m. on Saturday, August 29, 2020 at The Main Event in Sabetha, Kansas. Inurnment will be in the Sabetha Cemetery. Memorial contributions will be decided at a later date, sent in care of Popkess Mortuary, 823 Virginia Street, Sabetha, KS 66534.

To order memorial trees or send flowers to the family in memory of Larry Rokey, please visit our flower store.